Covid 19 continues to impact marts, in order to ensure everyone’s safety we held our final spring sale of 2020 Online on 23rd May, this sale would historically be held in Roscommon mart. The sale was facilitated by Denis Barrett Auctions.

Vendors each submitted video clips of their lots which could be viewed on the auctioneers website.

Many thanks to all bidders at this auction, thanks also to Denis and his team. We would like to wish all purchasers the very best with their new livestock.

Topping the sale was the first lot on offer AMMAGHMORE NUTCRACKER from the herd of Sean Garrett, Ballycastle, Co. Mayo. Nutcracker is a son of Haltcliffe Dancer and the Nenuphar dam Ammaghmore Candy. He has a Terminal index of €118 and has high star ratings in Docility, Carcass weight and Carcass conformation. Nutcracker was purchased for €3,000 by a county Cavan based purchaser. 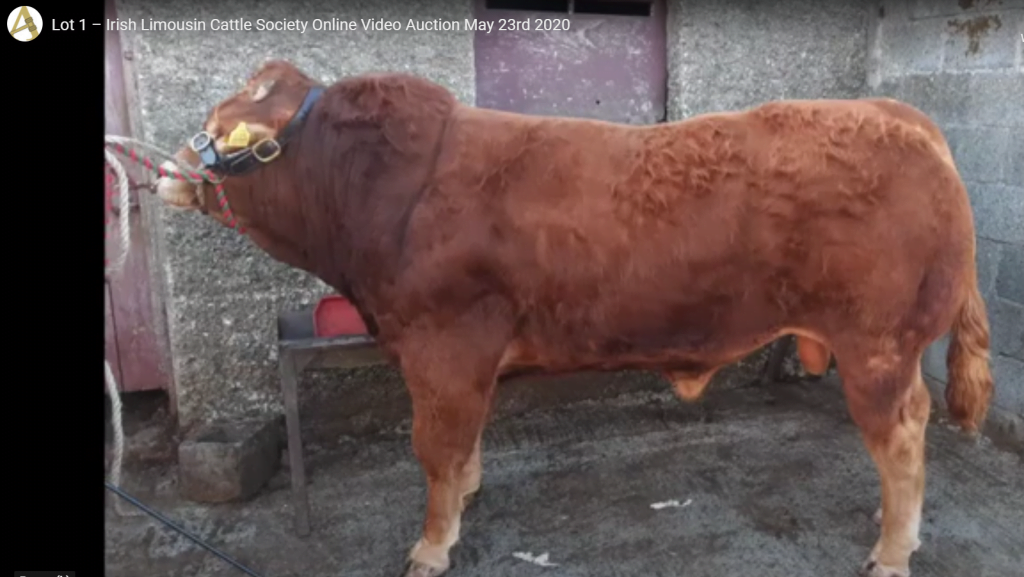 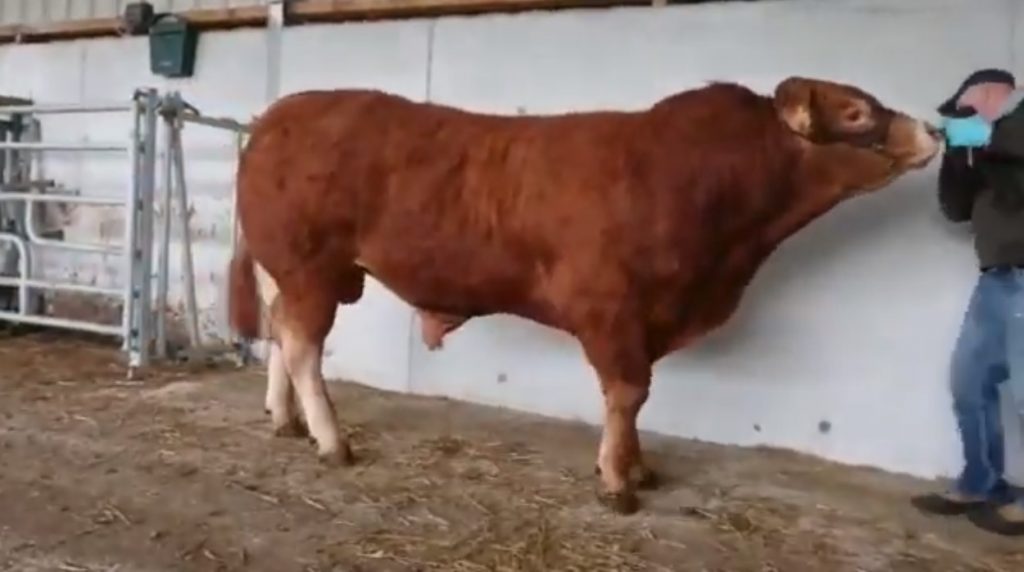 Also heading to county Monaghan is MILAN NEPTUNE who sold for €2,900. Neptune has Derriaghy Enfield, Ionesco and Ferry in his sire stack. He has high star ratings in Replacement index, Terminal index, Carcass weight and Carcass confromation. Neptune was bred by Donie and Maura McKeon, Enniscrone, Co. Sligo.

The Bavardage son QUILTY LIMOUSINS PUNK sold for €2,700 to a county Limerick based farmer. Punk was bred by Martin McGannon, Quilty, Co. Clare. Multi-starred Punk was born in April 2019. His dam is the Jockey daughter Bohomore Heather.

CLEW BAY PAT was the pick of a Galway based farmer for €2,400. Pat has Ampertaine Foreman, Sarkley Ragtime, Malibu and Tehix in his lineage. He has five star ratings in most traits including Terminal index at €132. Seventeen month old Pat was bred by Padraic Golden, Westport, Co. Mayo.

A Westmeath based farmer picked eighteen month old COOLCHOLLY NOEL and purchased him for €2,200. Noel has Keltic Handsome, Malibu and Ferry in his lineage. He has high star ratings in Replacement index, Terminal index, Carcass weight, Carcass conformation and Daughter calving interval. Noel was bred in Ballyshannon, Co. Donegal by Martin S. Donagher.

Also finding a new home in Galway is the Usse son ALOOR NATO sold for €2,100. Nato’s dam Aloor Kamron is a daughter of Fieldson Alfy. Nato has a Replacement index of €122 and a Terminal index of €129. Born in September 2018, Nato was bred by Patsy Creighton, Castlerea, Co. Roscommon.

Bertie Mannion of the well established Ballyline herd which is based in Curraghboy, Co. Roscommon offered a number of homebred incalf heifers for sale. Topping these was the Goldies Jackpot daughter BALLYLINE NORA for €2,250. Nora sold scanned incalf to Mereside Godolphin. Her dam is the Gleannari Everest daughter Ballyline Ita. Nora has five star ratings in most traits. She was the pick of a Limerick based purchaser. 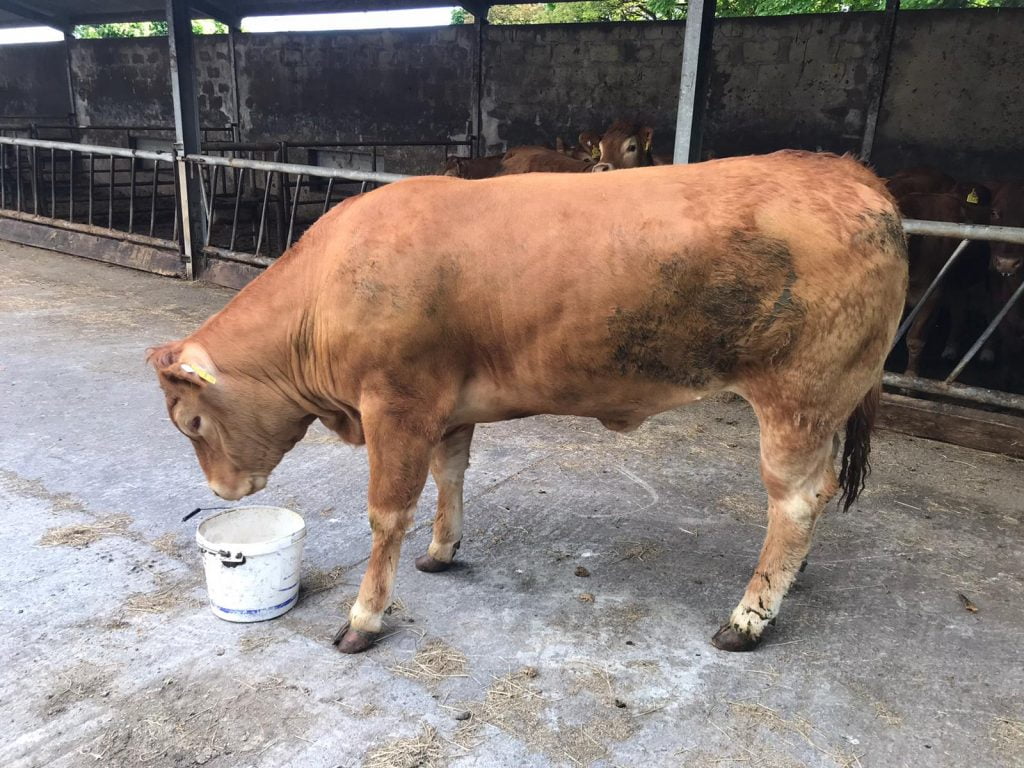 BALLYLINE NORMA, a March 2018 daughter of Goldies Jackpot sold for €2,050 to a Galway based farmer.

BALLYLINE NANCY, a daughter of Tomschoice Imperial sold for €1,800 to a Cavan based farmer.