The annual Show and Sale in Tullow mart took place on Wednesday the 13th November. Judge for the show was Kevin Treanor of Scotstown, Co. Monaghan. Kevin is a Limousin breeder of note, he and his brother Kieran run the very succesful Clontown pedigree herd. The Clontown herd has enjoyed much success in both the show and sale rings – in 2018 a homebred heifer Clontown Lollipop was awarded the Reserve Champion Female title at Balmoral show,  Lollipop had been sold early in 2018 to Tara O’Brien and Stephen Williamson for their Blackwater Limousin herd which is based in Benburb, Co Tyrone.  The brothers also produced last year’s top priced female – Clontown Lady Albha. Many thanks to Kevin for judging. Thanks also to Tom Jackson – steward and George Candler – Auctioneer. We appreciate the help and cooperation of the management and staff of Tullow mart. Best wishes to all purchasers of Limousin livestock. 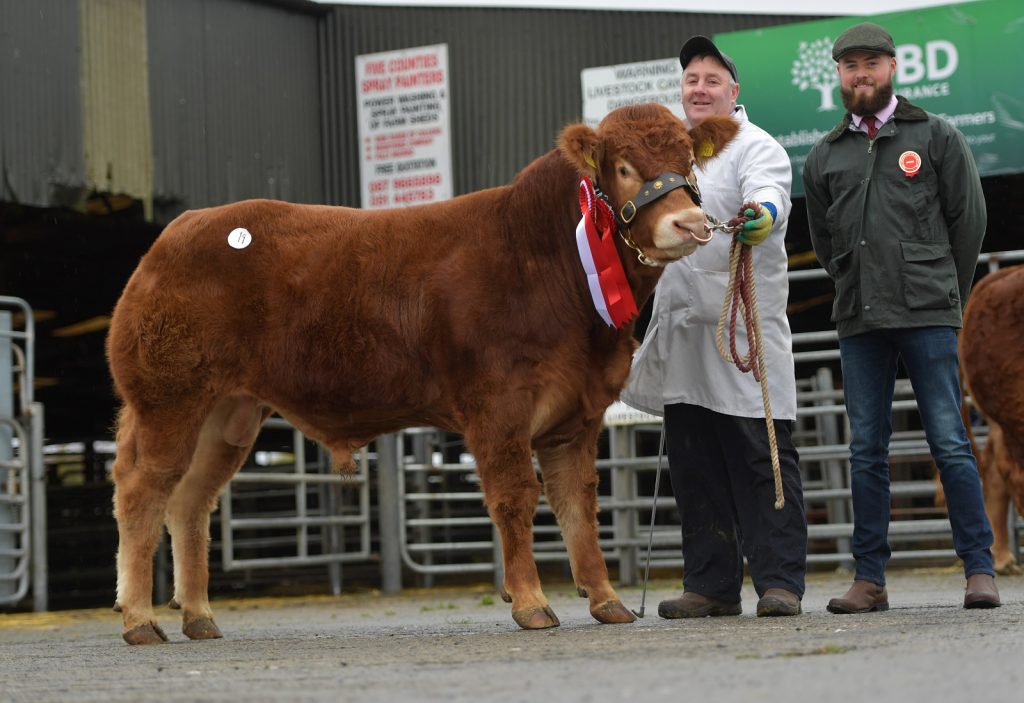 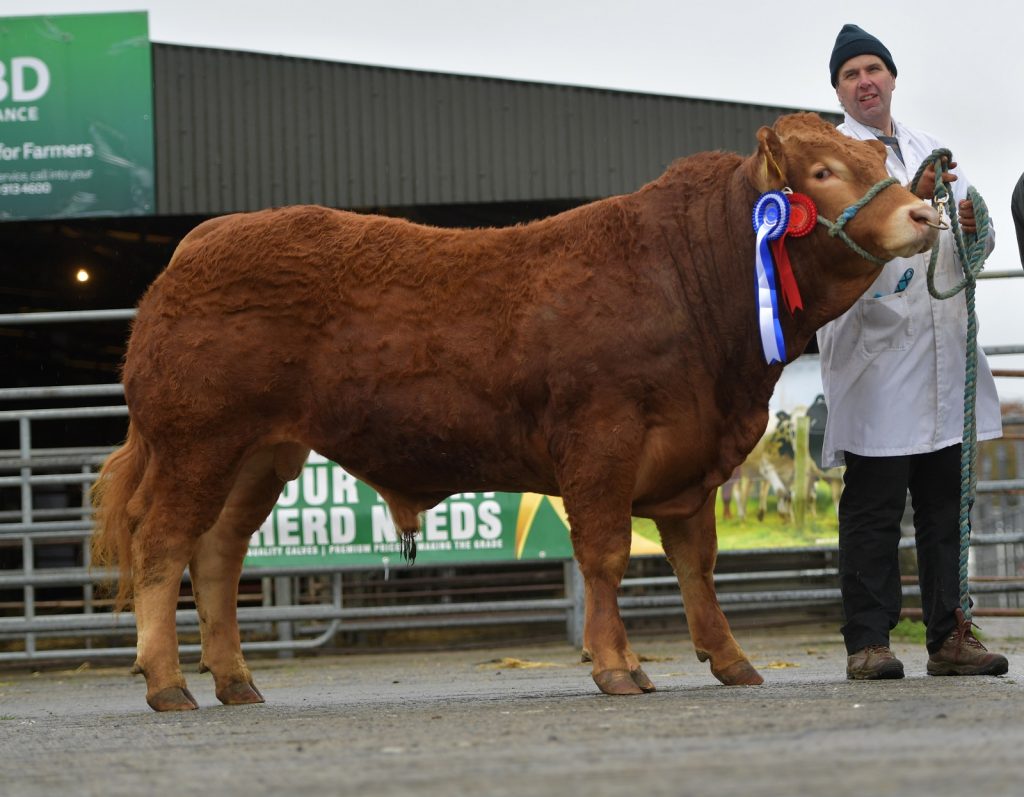 The Reserve Champion Galbally Nathan 1374 sold for €2,500. Nathan is a son of Loyal and the Donzenac dam Galbally Iggy 2. Multi-starred Nathan was bred by Trevor Masterson, Enniscorthy, Co. Wexford. 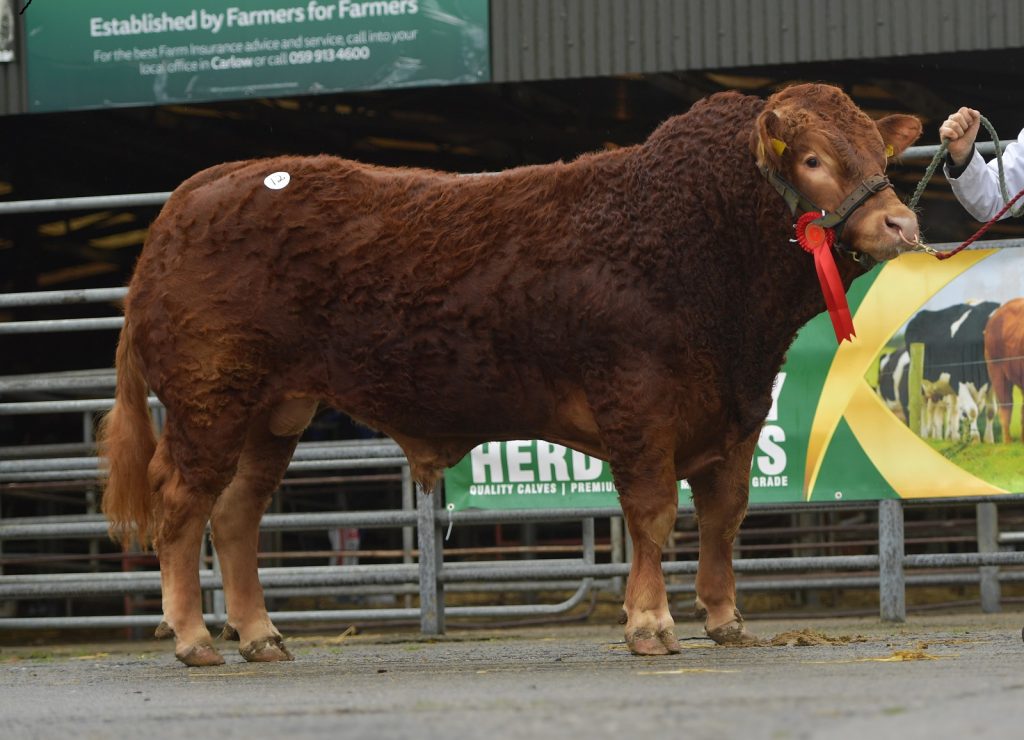 From the same sire as the top-priced bull (Tomriland Kit) came 1st prize winner Ballinahinch Newman. This May 2018 born bull was bred by Seamus Cullen. Newman’s dam Sharalmo Jasmine has Fieldson Alfy and Sympa in her back pedigree. Newman sold for €2,200.

Dermot Rowe, Navan, Co. Meath sold 3rd prize winner Begsrieve Naive for €2,000. Naive is a son of Ampertain Ifor, his dam Begsrieve Flirt has Milbrook Tanko and Shire Milton in her back pedigree.

Our next show and sale will be held in Tuam mart on Friday evening the 29th November. The show will commence at 4.30pm with the sale starting at 7pm. For catalogue please click here.

On offer are 34 bulls and 4 females, with a special entry of 11 females from Thomas Hanratty – Hanshill herd and 16 females from Michael Rattigan – Logrea Herd.