Patrickswell in county Limerick was the venue for Limerick Show 2018 on Sunday the 26th August. Undertaking judging duties was Marie Louise Ryan from Thurles, Co. Tipperary. Marie Louise is well known in cattle showing and breeding circles. From a very young age she has being involved with the families Gold Star pedigree Charolais herd, since her teens she has helped out with the Roundhill herd of Tim and Doreen Corridan. She is now a qualified Vet and works in a very busy mixed practice in Co. Cavan.  Sponsors for the Limousin classes were: Kilpeacon Agricultural Contractors, MSD Animal Health, Roches Feeds and the Irish Limousin Cattle Society. 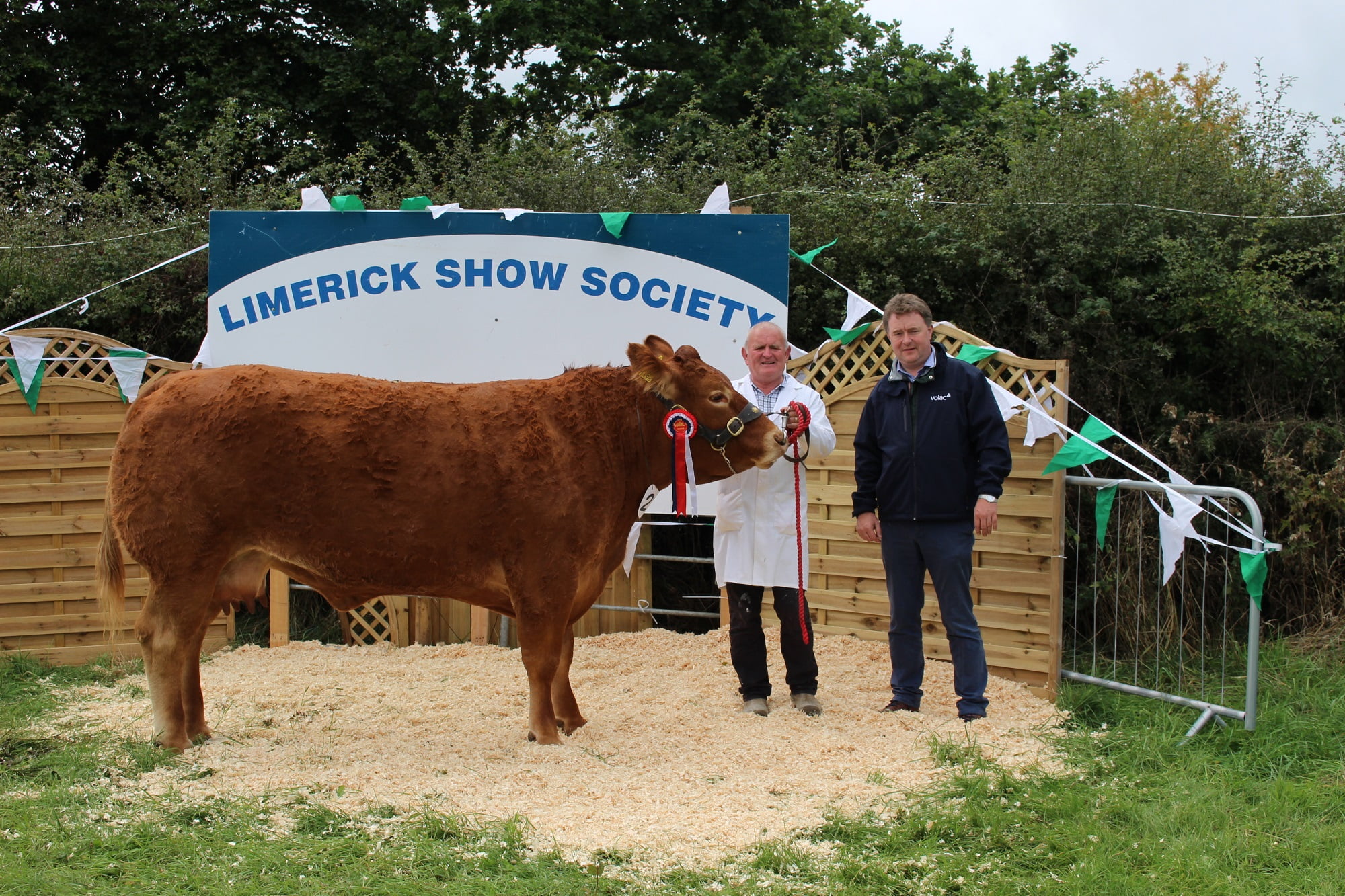 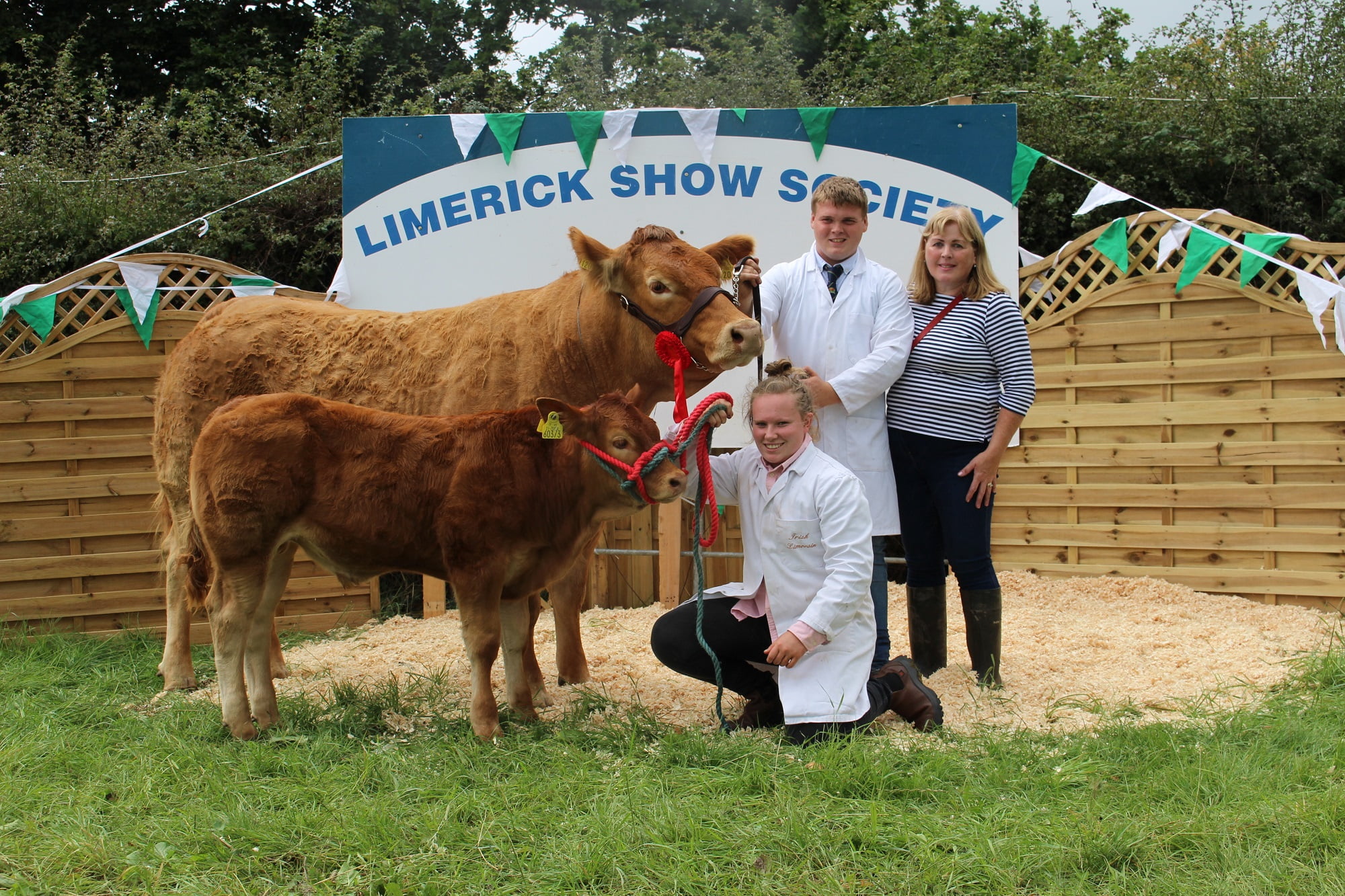 Commenting after the show Marie Louise said: It was a pleasure to judge here in Limerick show today. While the number of cattle was small in most of the Limousin classes the quality throughout was excellent. I was privileged to give both Champion and Reserve to two cows with calves at foot. Thank you very much to Limerick show and to all the exhibitors here today. 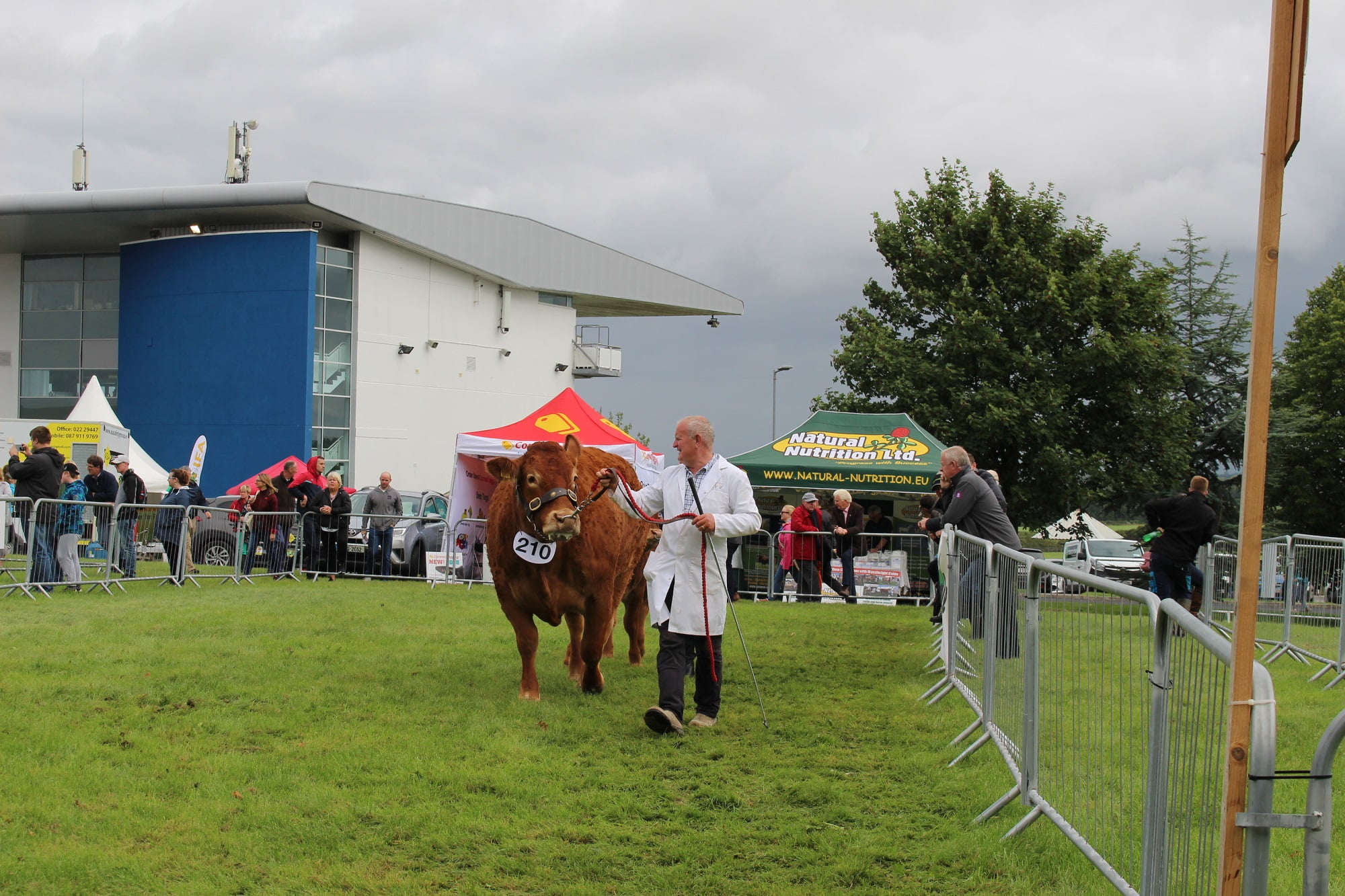 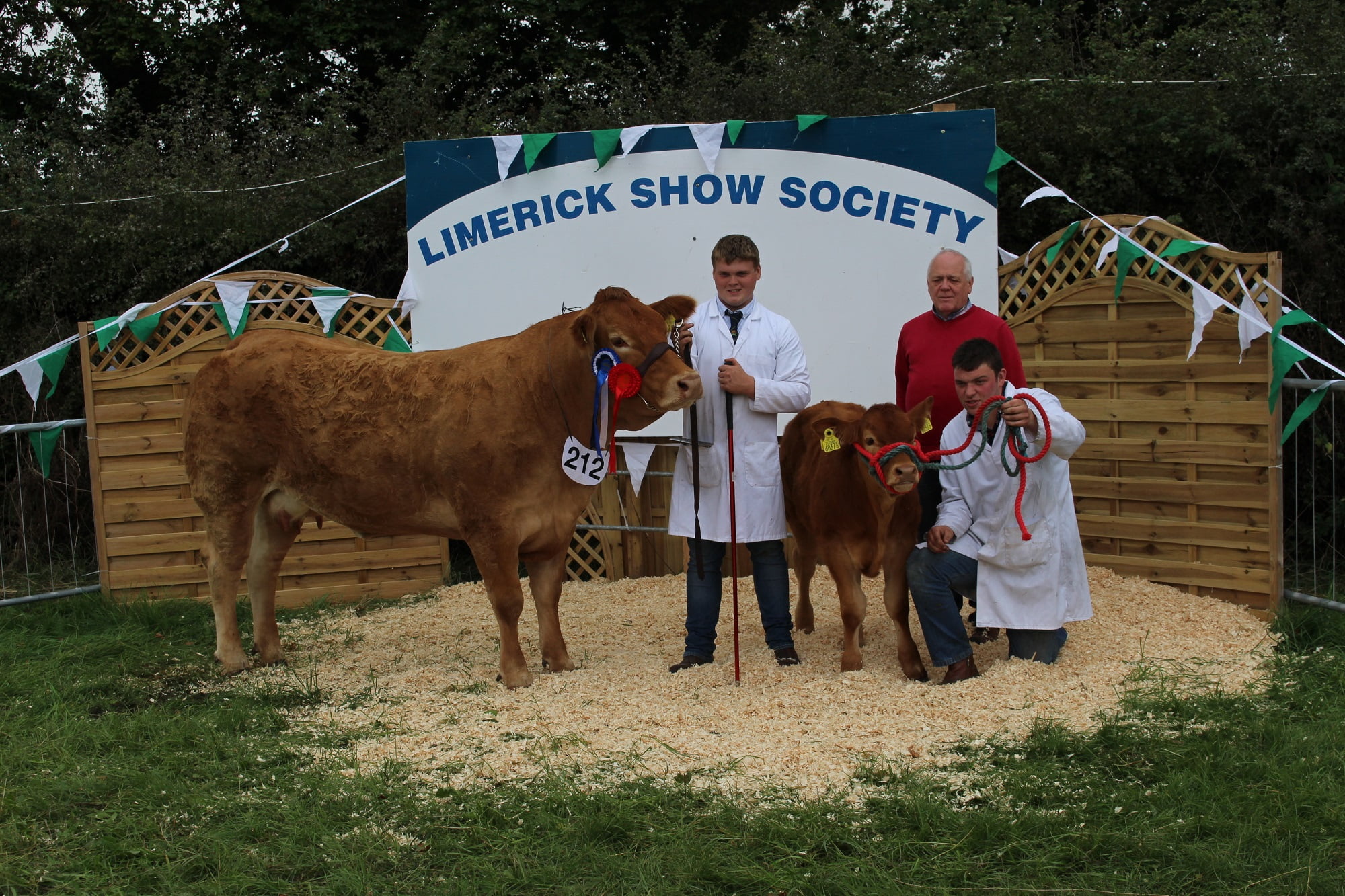 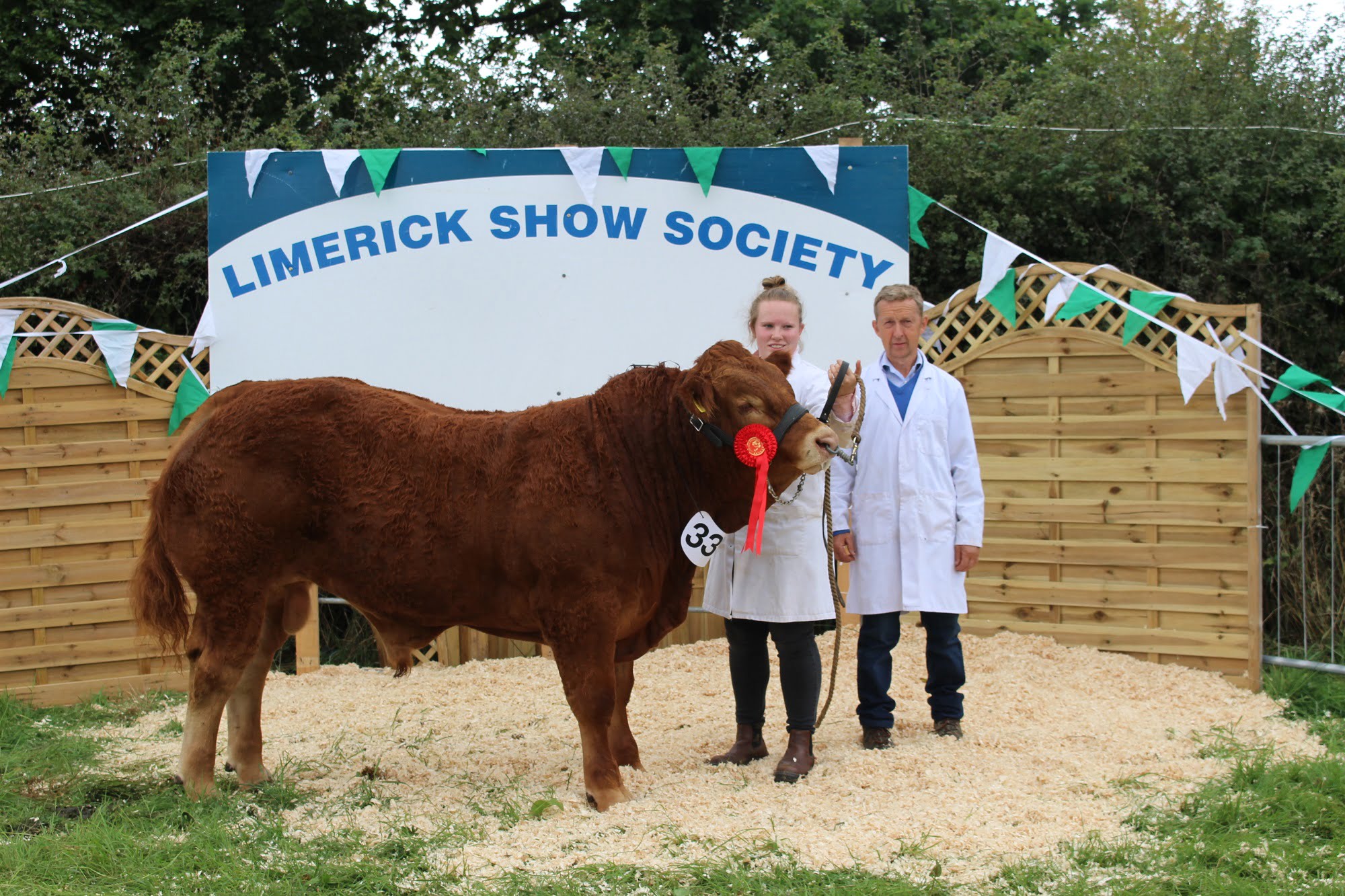 We would like to express our gratitude to all exhibitor’s at Limerick Show. Thanks to our judge Marie Lousie and stewards Brendan and Peter.

A big thank you to our sponsors Kilpeacon Agricultural Contractors, MSD Animal Health, Roches Feeds and the Irish Limousin Cattle Society, your support is greatly appreciated. 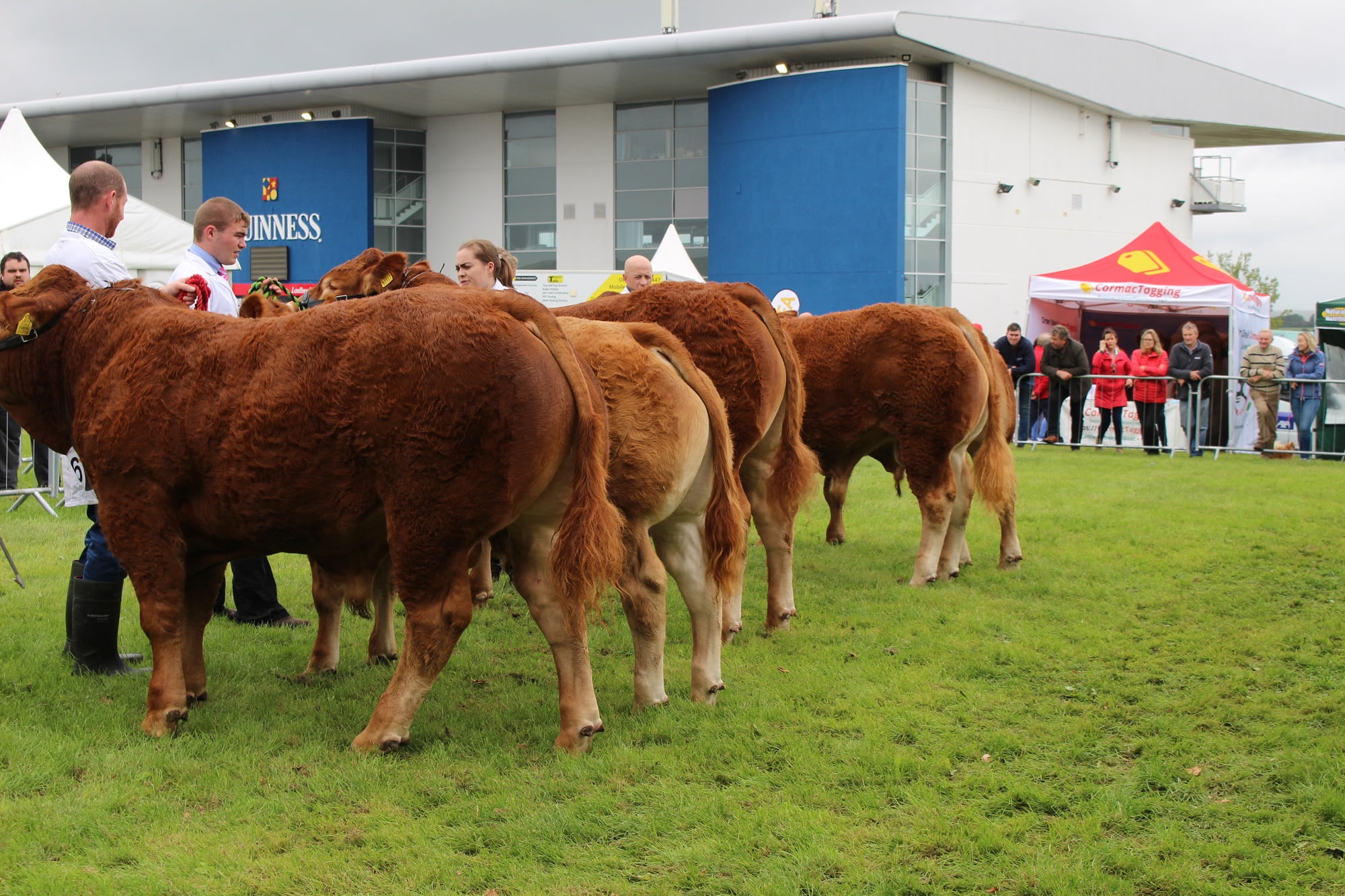 Limousin was well represented in the Interbreed class at Limerick show, which was won by Meelickaduff McHale Et presented by Owen Hester, with Noel Fennessy’s Wood Road Mitch Et in second.