The 64th Annual Cappamore show was held on Saturday 18th August in Portnard, Cappamore, Co. Limerick. A bumper entry in 89 cattle classes saw exhibitors travelling from near and far for what is one of the countries most prestigious shows.

Last weeks National Show Female Champion – Foxhillfarm Naughtybutnice continued on her winning ways – she claimed the Limousin Championship and the Overall Show champion title – a hotly contested feature where the champions across all beef breeds come together to compete for the coveted “Beef Champion” sash. Naughtybutnice is a January 2017 born daughter of Neuf and Wilodge Vantastic. She was exhibited by the McInerney family of Newmarket On Fergus, Co. Clare.

The first class of the day was the Inter Breed Calf class for both male and females calves born on/between 1st Sept. 2017 and 31st Dec. 2017. Judging this keenly contested class was Richard O’Beirne of the renowned Millburn herd, which is based in Tuam, Co. Galway. This class was won by Noel Fennessy’s Wood Road Malachy Et, an embryo son of Sympa and Noel’s donor cow Claque. Second place also went to Limousin – this time to Wood Road Marc Et, Gerrygullinane Glen X Claque. Wood Road Malachy Et was awarded first place in the Sept. bull class and was crowned Reserve Limousin Champion. 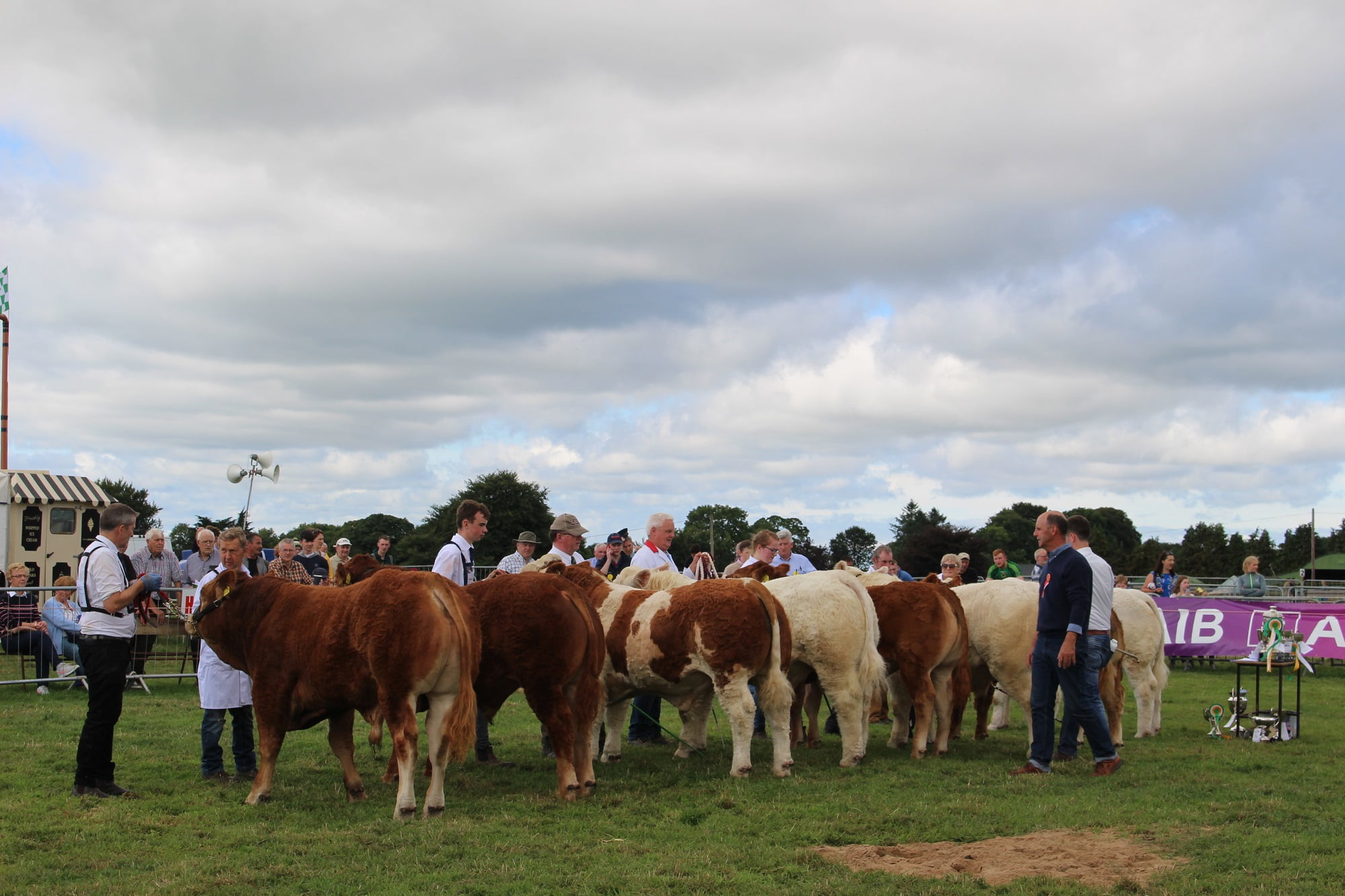 The Limousin classes were judged by Kieran Killeen, Mullagh, Co. Clare. Kieran along with his father Martin run the Springvalley Limousin herd. Speaking after the show Kieran said:

It was a honour to judge her in Cappamore today. I was presented with exceptional Limousin cattle in all classes. I would like to complement the exhibitors on the tremendous cattle here today. 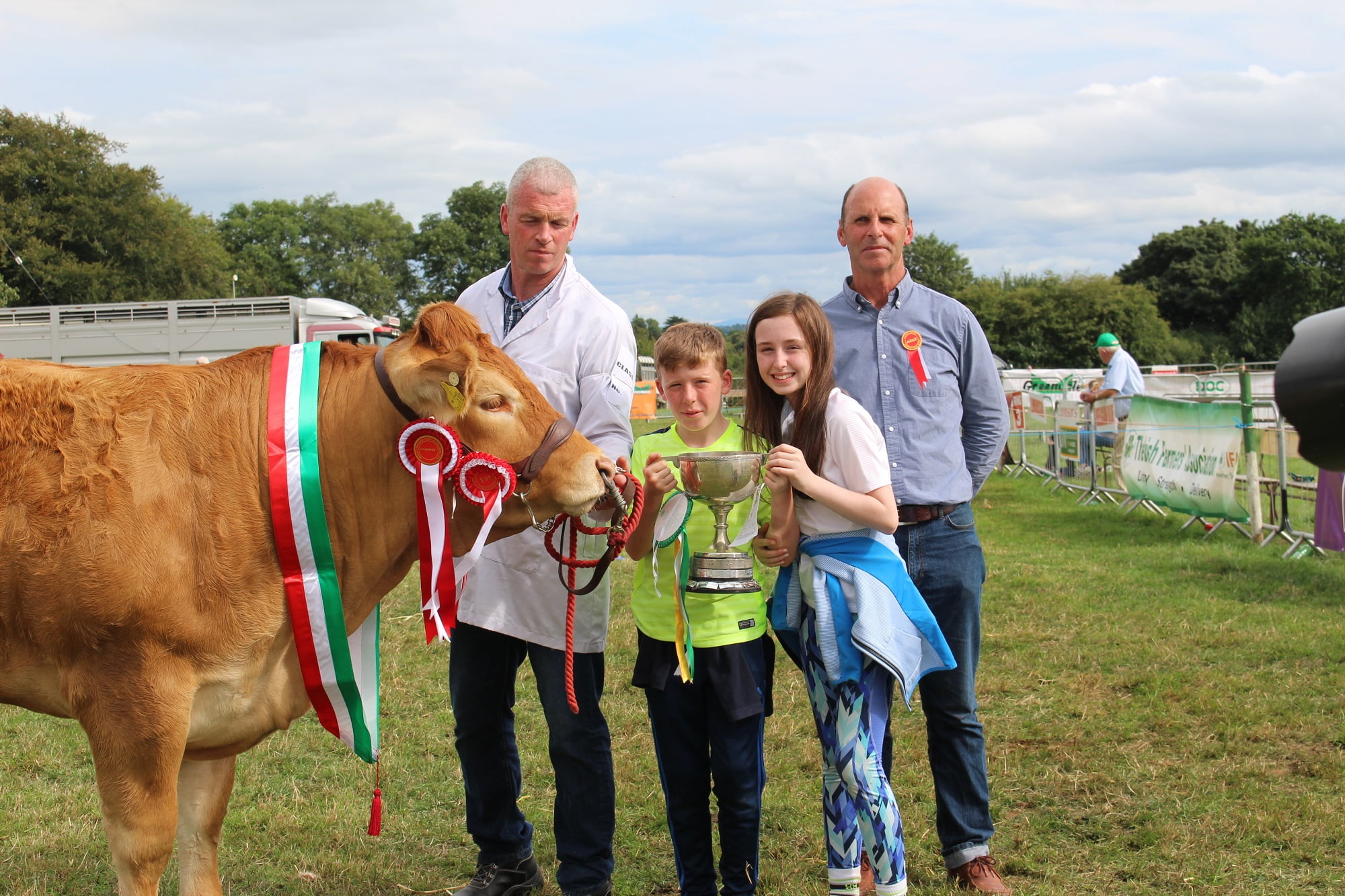 Presentation of the Tipperary Cup to the McInerney family for the Beef Champion at Cappamore show 2018. The Champion is Foxhillfarm Naughtybutnice. 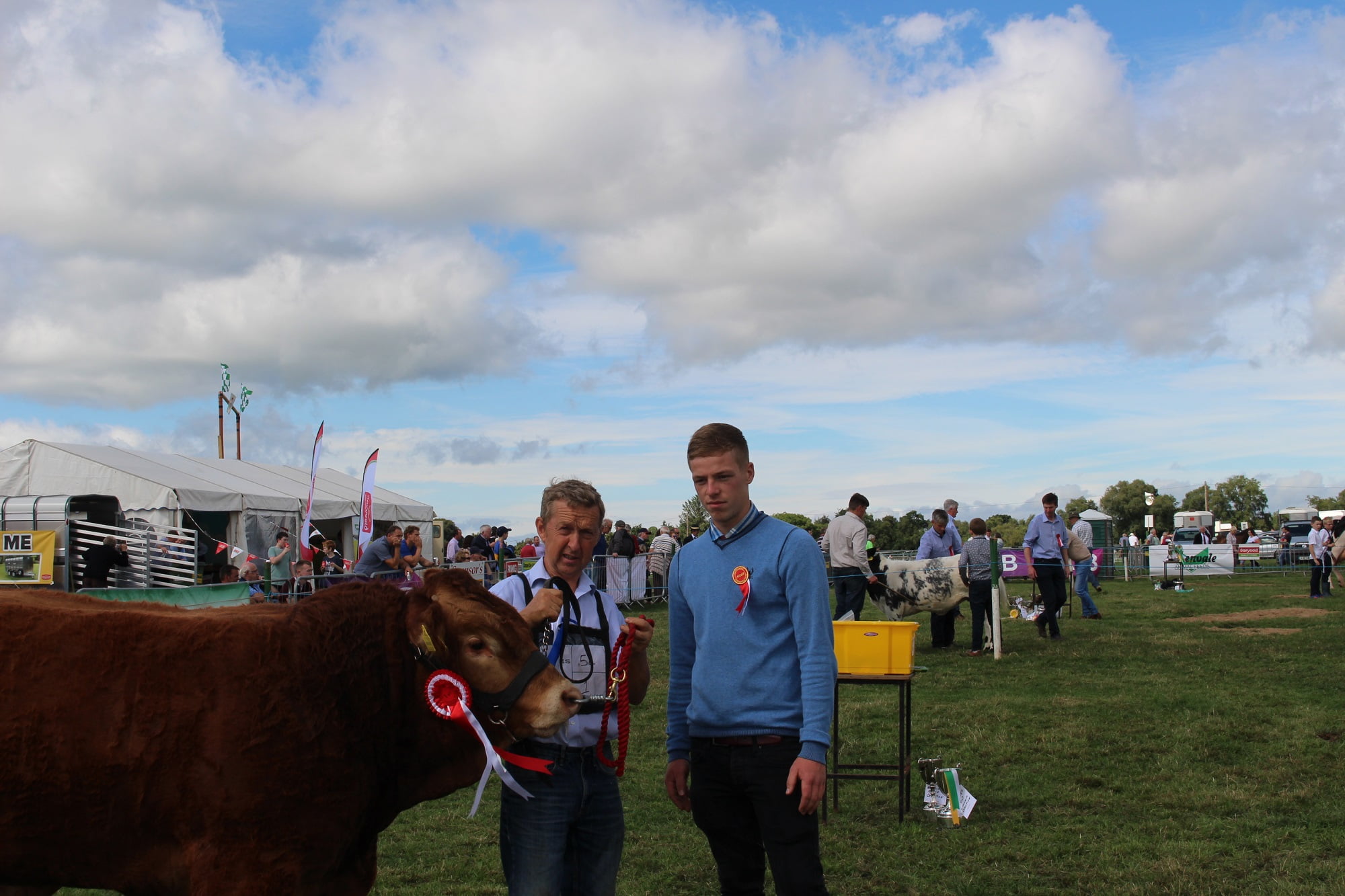 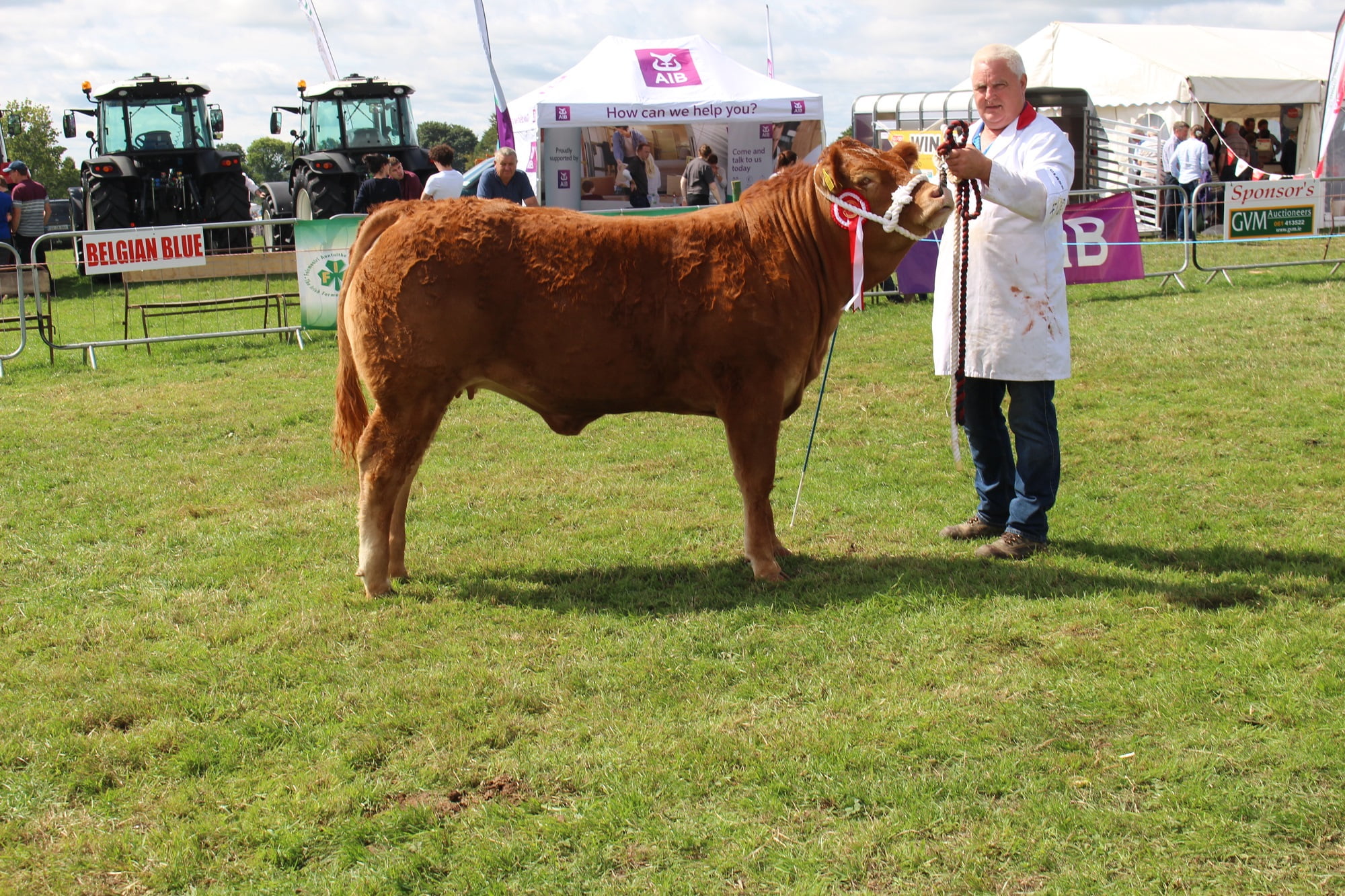 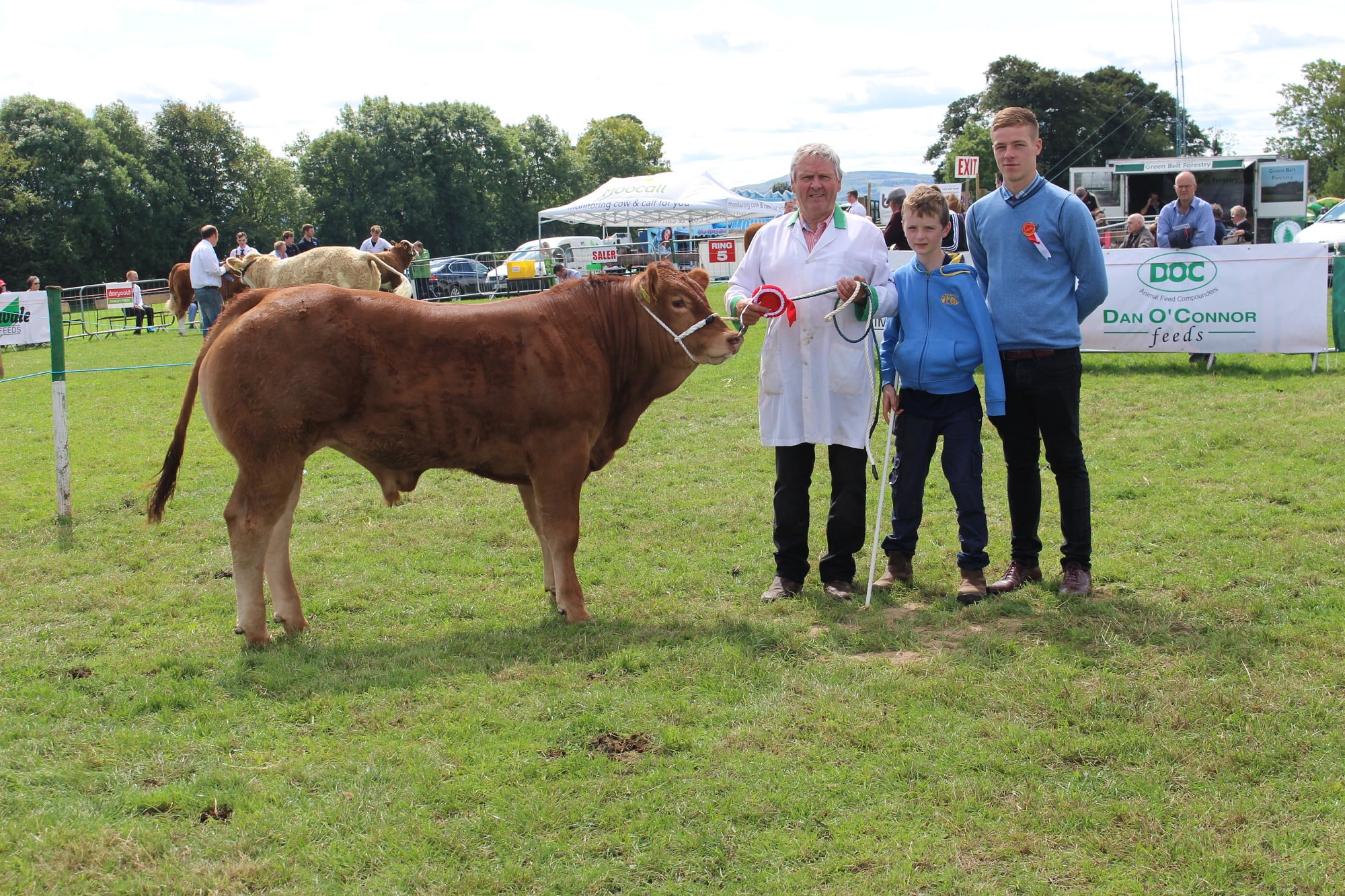 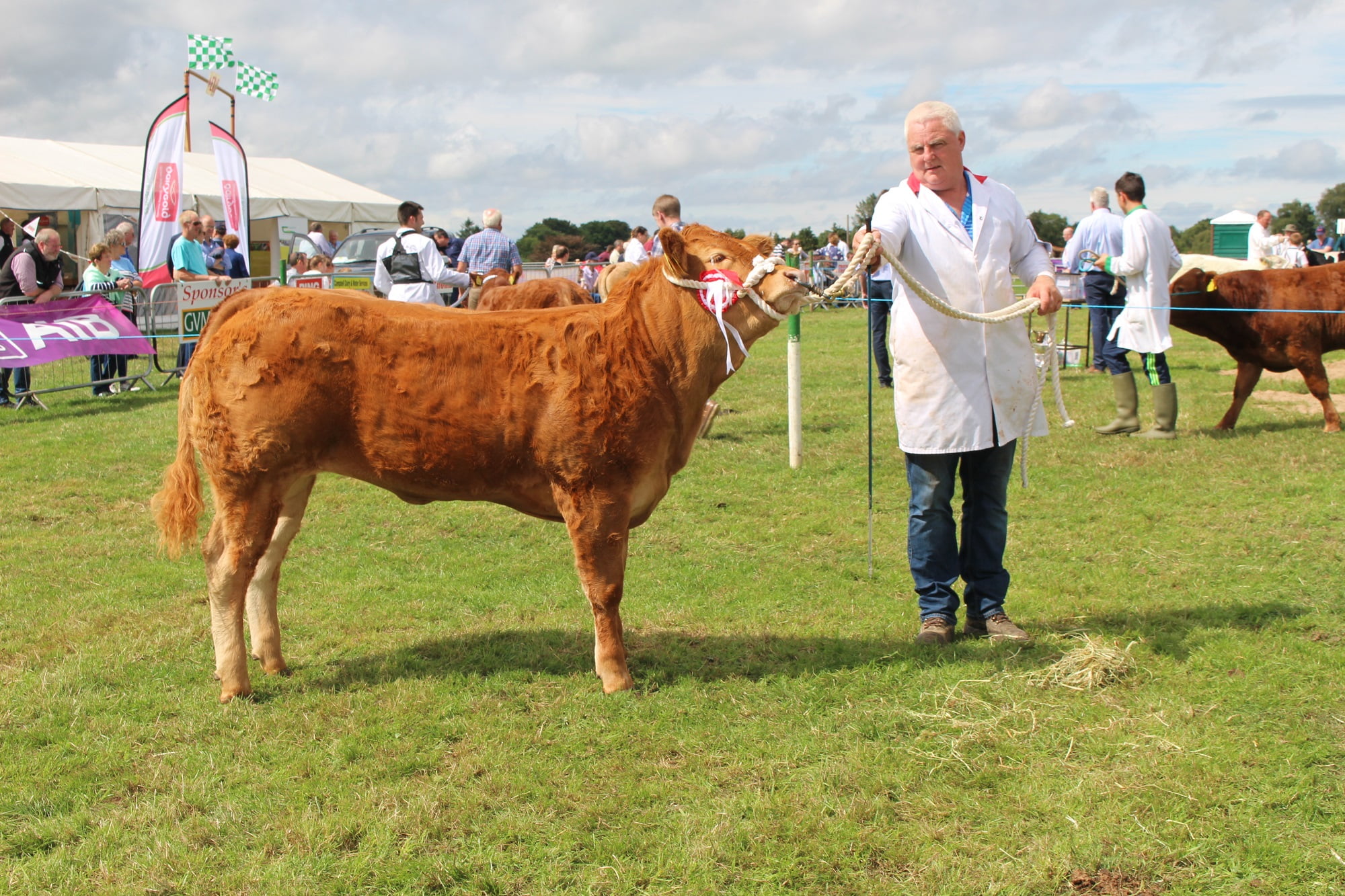 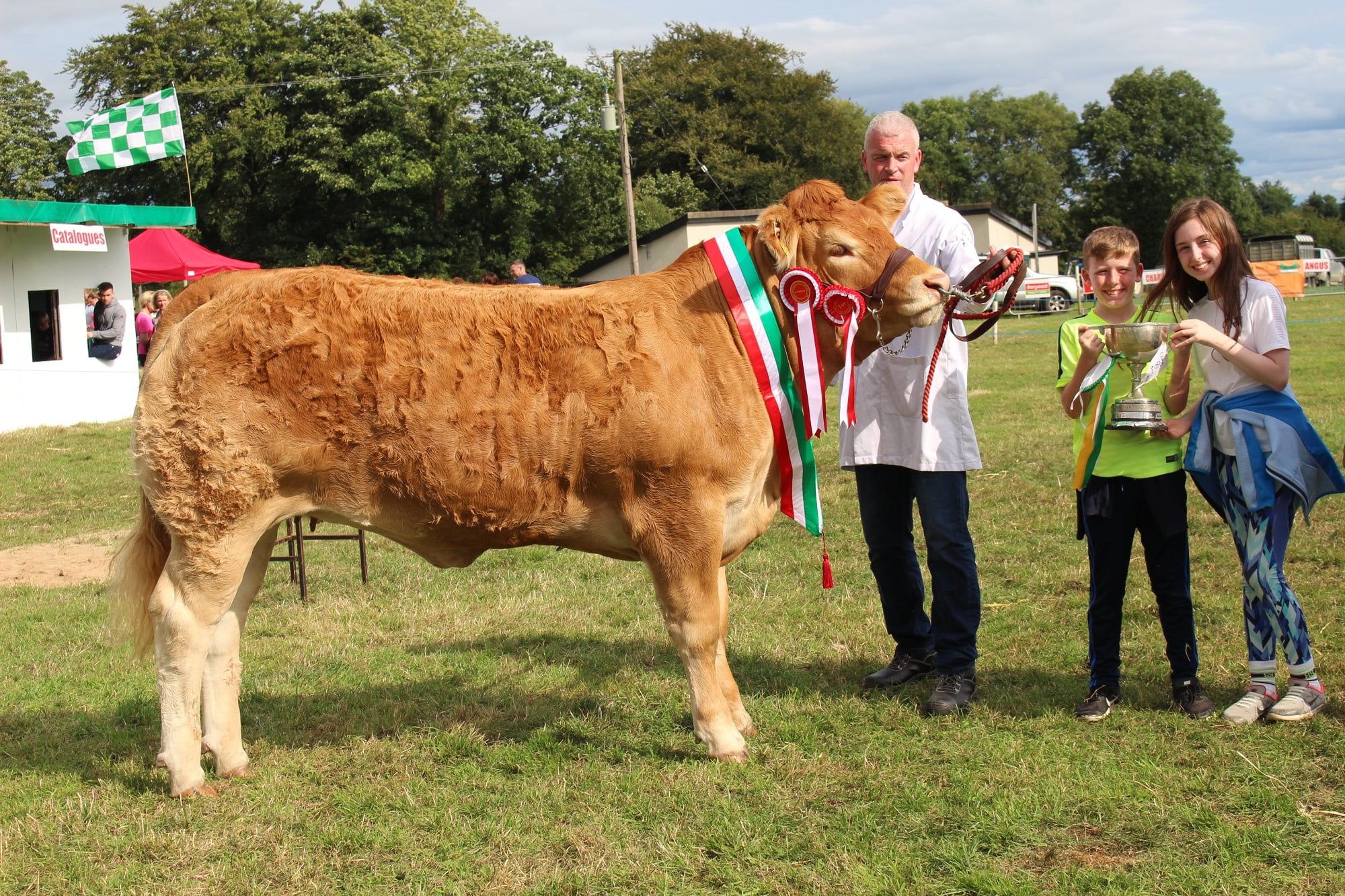 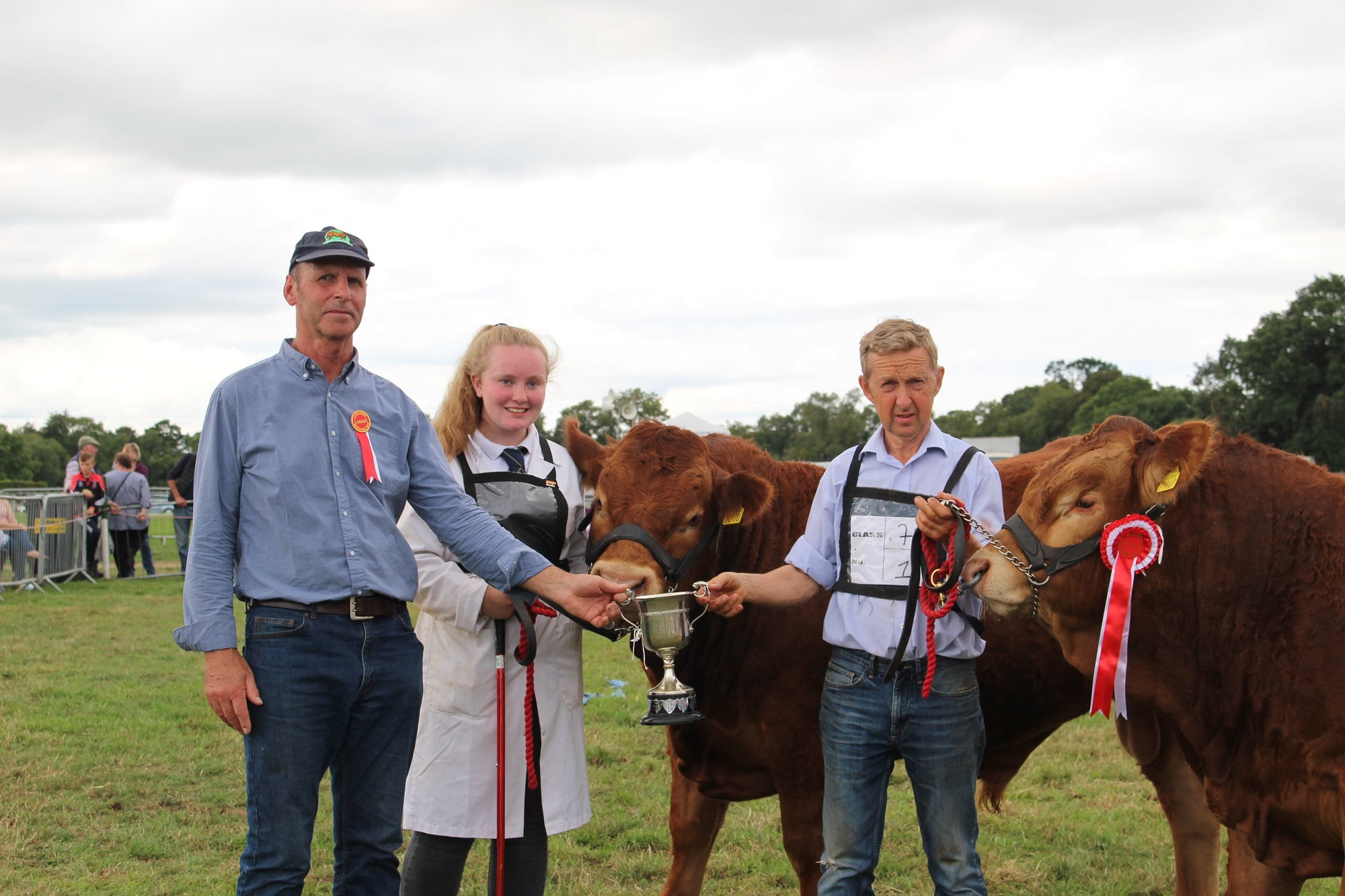 Presentation of the Cullina Perpetual Cup to Noel Fennessy by Richard O’Beirne for the best Pair of Animals at Cappamore Show 2018. 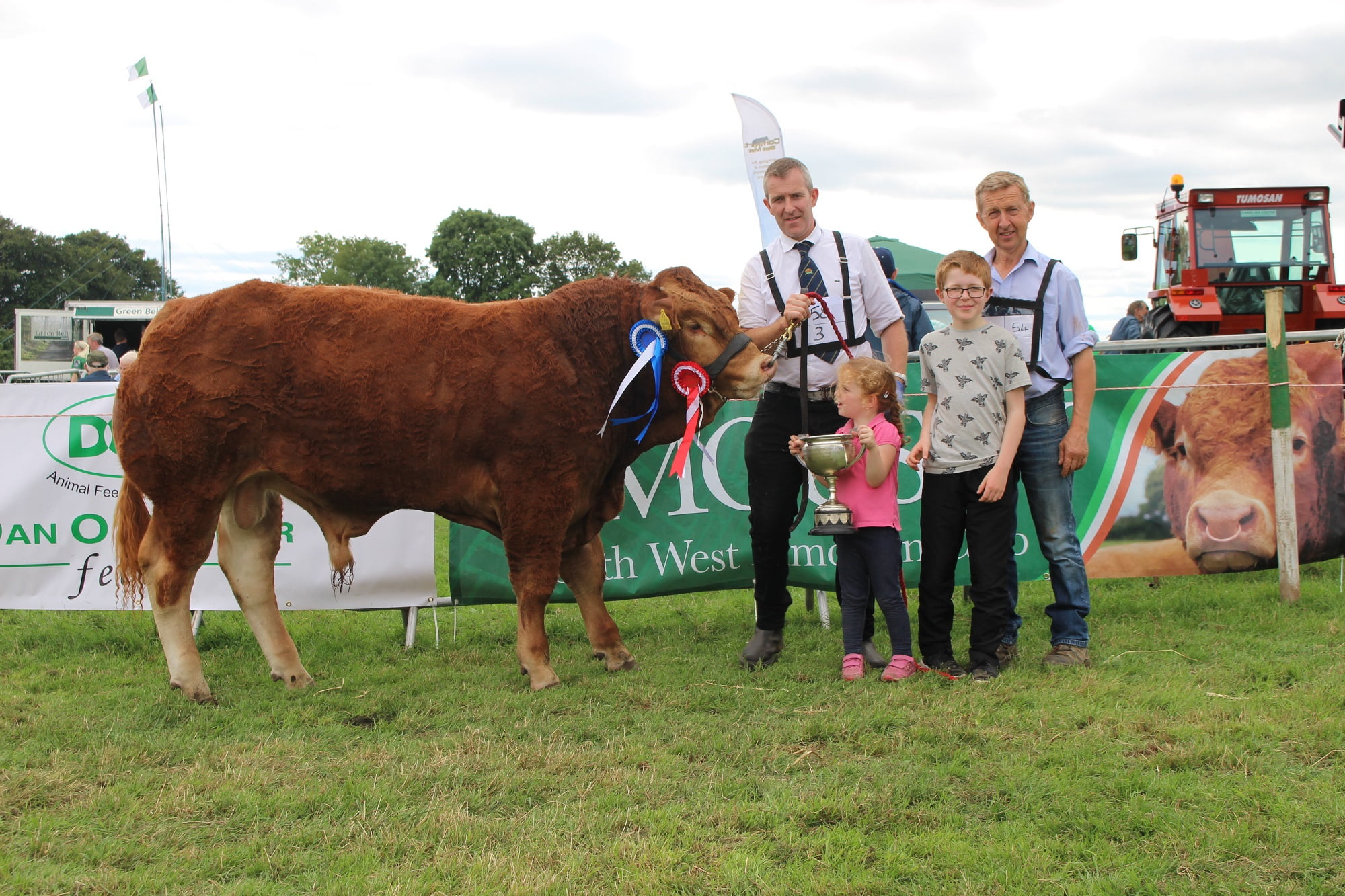