The 29th National show took place in Tullamore, Co. Offaly on Sunday 12th August 2018. Tullamore Show & AIB National Livestock Show is the Premier Livestock Show in Ireland and hosts many breeds National finals. Limousin showing commenced in Ring 12 at 10am and with almost 100 cattle competing for Red rosettes the ring was a hive of activity until 4pm.

Robert Graham of the highly regarded Grahams pedigree herd which is based in Bridge of Allan, Stirling, Scotland was tasked with judging this years show. Robert is involved in breeding pedigree Limousin cattle since the 1970s, down through the years the herd has enjoyed much success. As recently as last December the herds home bred heifer calf broke the record for the top priced weaned calf  at Red Ladies Derby and Weaned Calf Show and Sale held at Borderway Mart, Carlisle. The record breaking calf was  January 2017 born Grahams Natalie – selling for 38000gns.  On the same weekend a June 2016 born heifer Grahams Malibu lifted the Red Ladies Sale pre-show Supreme Championship before selling for the top price in that sale of 25,000gns. Along with the Limousin herd the Graham family also run a dairy herd with a difference – they produce an array of award winning products from their outstanding herd of Jersey cows – milk, cheese, yogurt and ice-creams.

Such is Robert’s involvement and contribution to the dairy sector in Scotland in 2009 he received an Honorary Doctorate from Heriot-Watt University for services to the Scottish dairy industry.

“I was delighted and honoured to judge here at the National show. The quality of the cattle was on a par with any top class Limousin cattle I have seen anywhere. The standard in all classes was excellent. I would like to complement the exhibitors on the fantastic display of cattle.”

“Welcome to our 29th National Show. This show is a marvellous portrayal of the Limousin breed in Ireland today. Testament to our breeder’s commitment to producing excellent quality livestock, Irish Limousin cattle continue to be in great demand both here and aboard.

Limousin cattle continue to excel at the marketplace and with their ability to cross on all types of cows we are delighted that Limousin bulls are now the beef breed of choice for a growing number of dairy farmers. The Limousin breed is very versatile and has maintained its position as Ireland’s most popular suckler cow.

I would like to take this opportunity to thank our breeders and you the audience for attending our show, I hope you enjoy your day.

Thanks to our judge Robert Graham, our stewards and all involved in Tullamore show. Thanks to the team in the hospitality tent – as usual the standard was excellent. 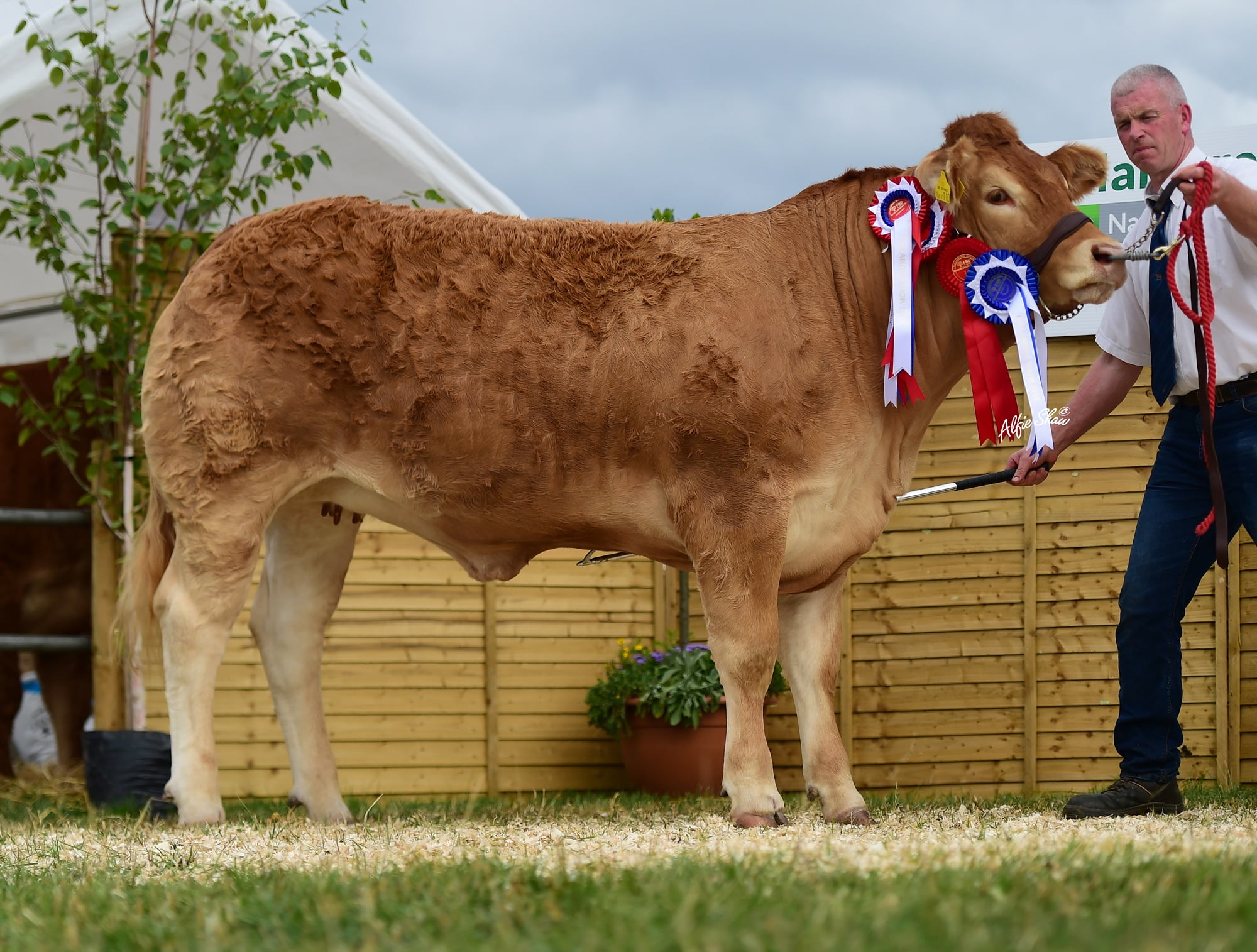 This years Supreme Champion – Carrickmore Maximus Et is a son of Ampteratine Foreman and Baileys Iceprincess. Bred for success – Maxiums’ dam Iceprincess was all-conquering in the show ring. In her illustrious career she was crowned National show Supreme Champion in both 2015 and at the International Limousin Congress in 2016.

The Carrickmore herd, which is based in Oldcastle, Co. Meath, is headed up by Connell Bothers – John and Karol.

Standing as Reserve Supreme Champion was Foxhillfarm Naughtybutnice, a 2017 born Neuf daughter, presented by John McInerney, Newmarket On Fergus, Co. Clare. Naughtybutnice was bred in the UK by the Alford family. Robert Graham was extremely impressed with this heifer and predicts she will make a tremendous breeding cow. 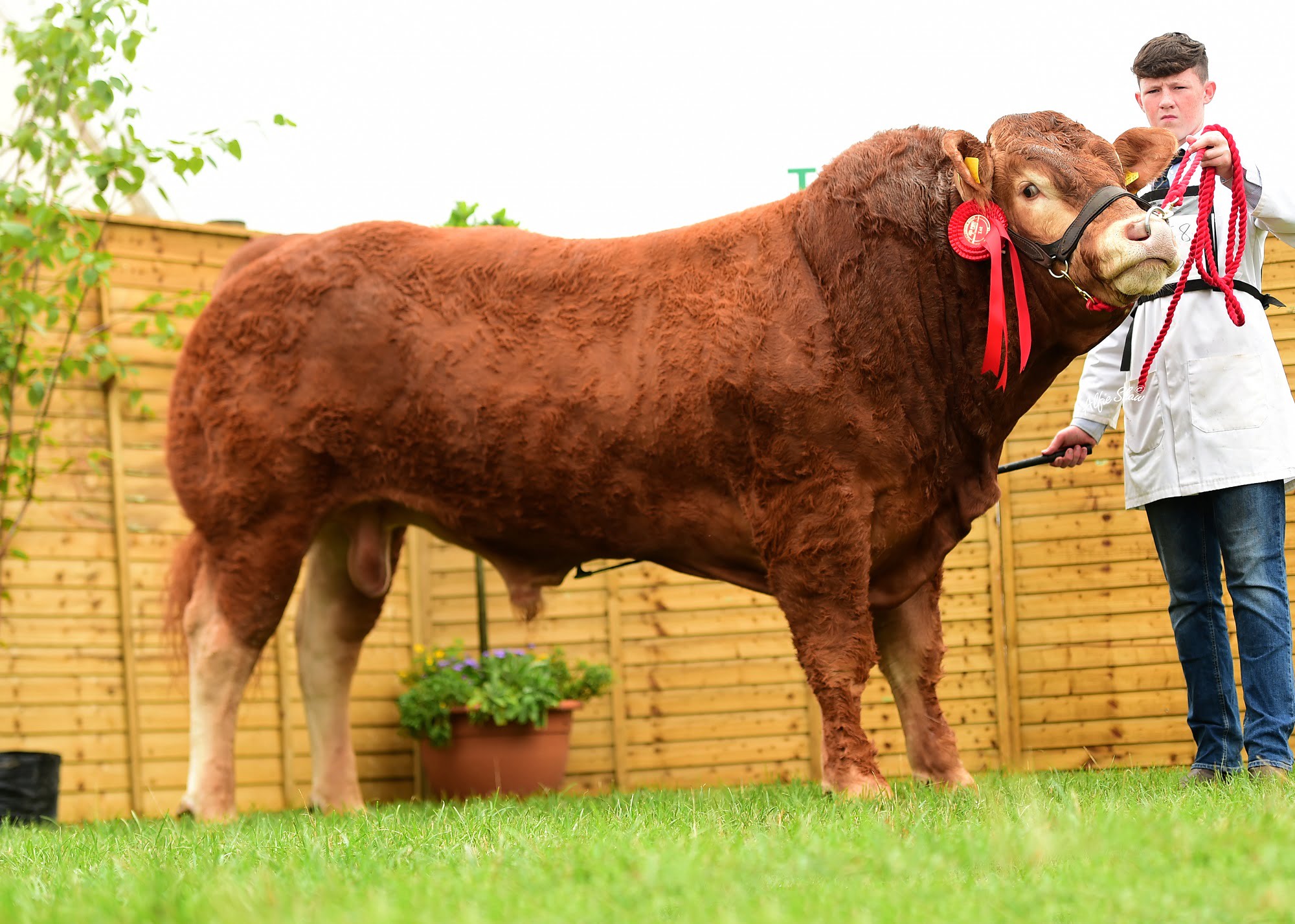 Ardnacrusha Lord of the Rings from Donal Moloney 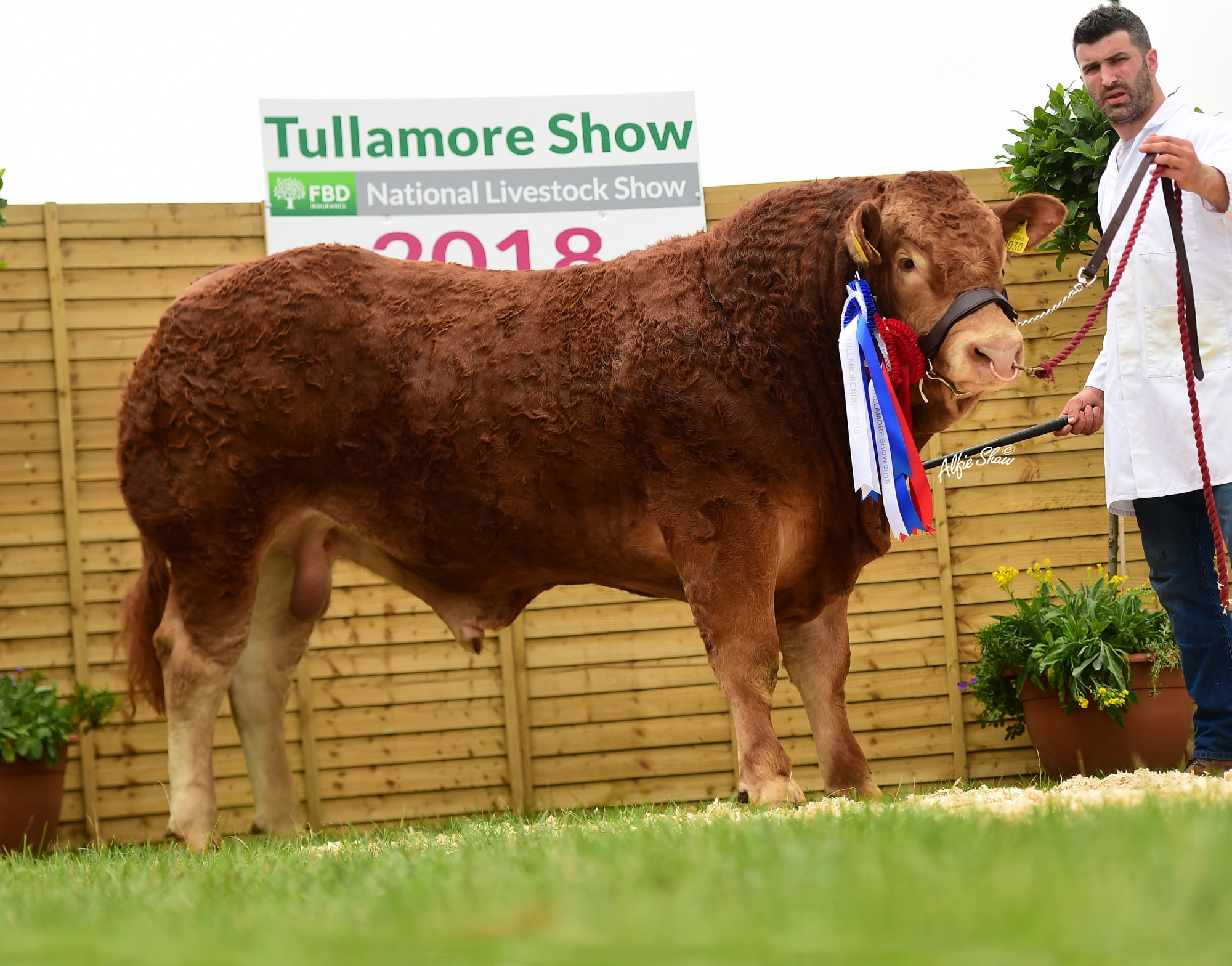 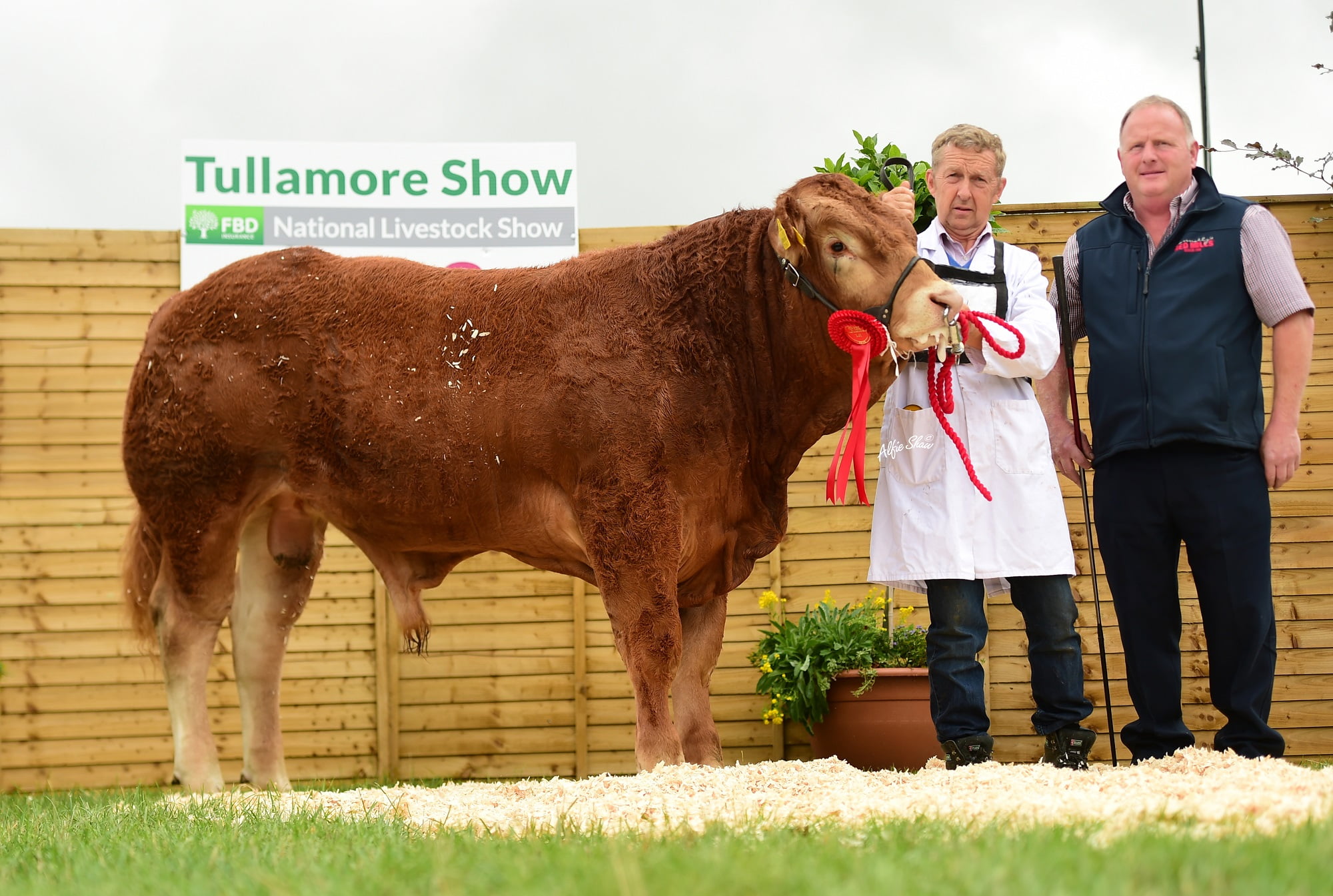 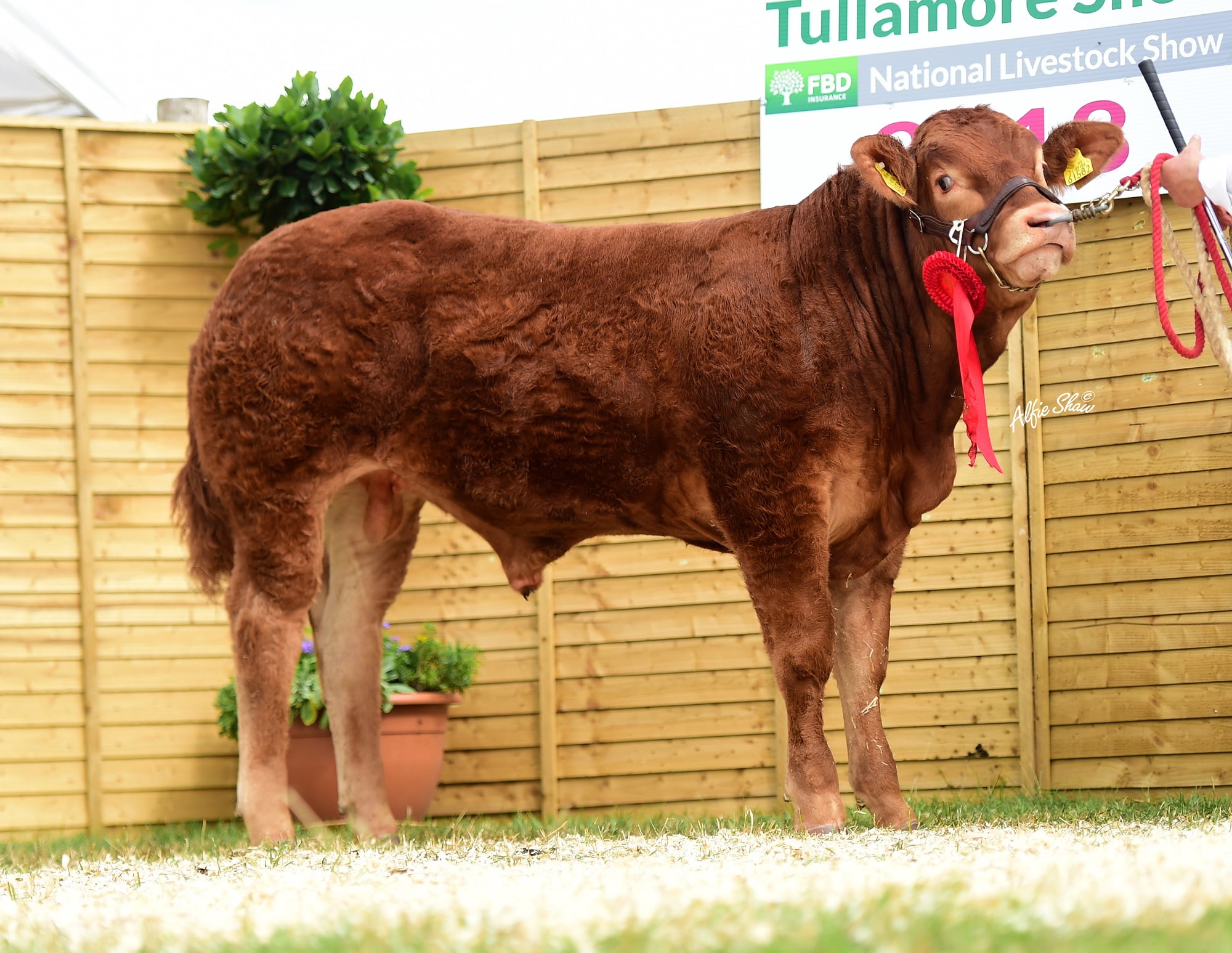 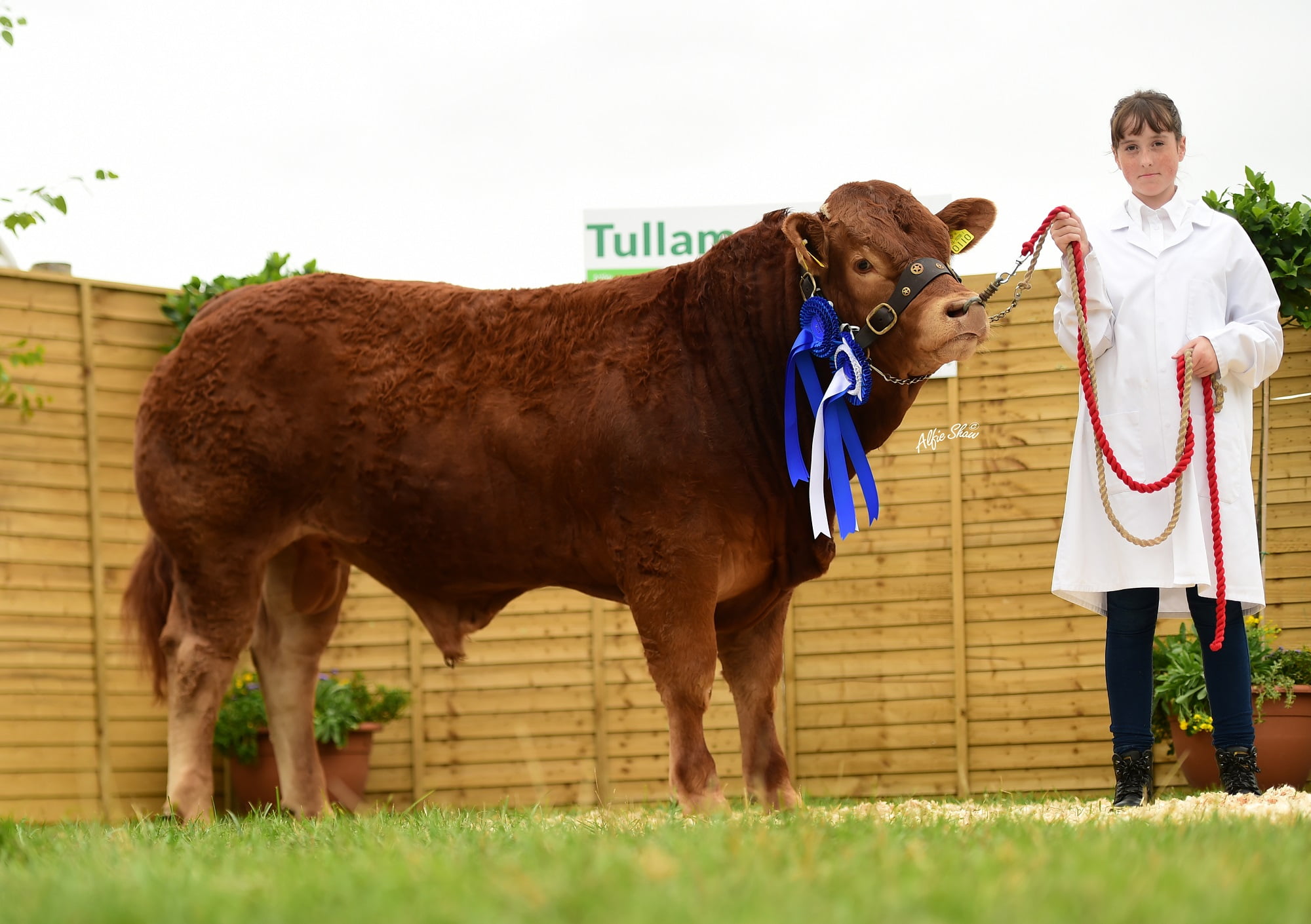 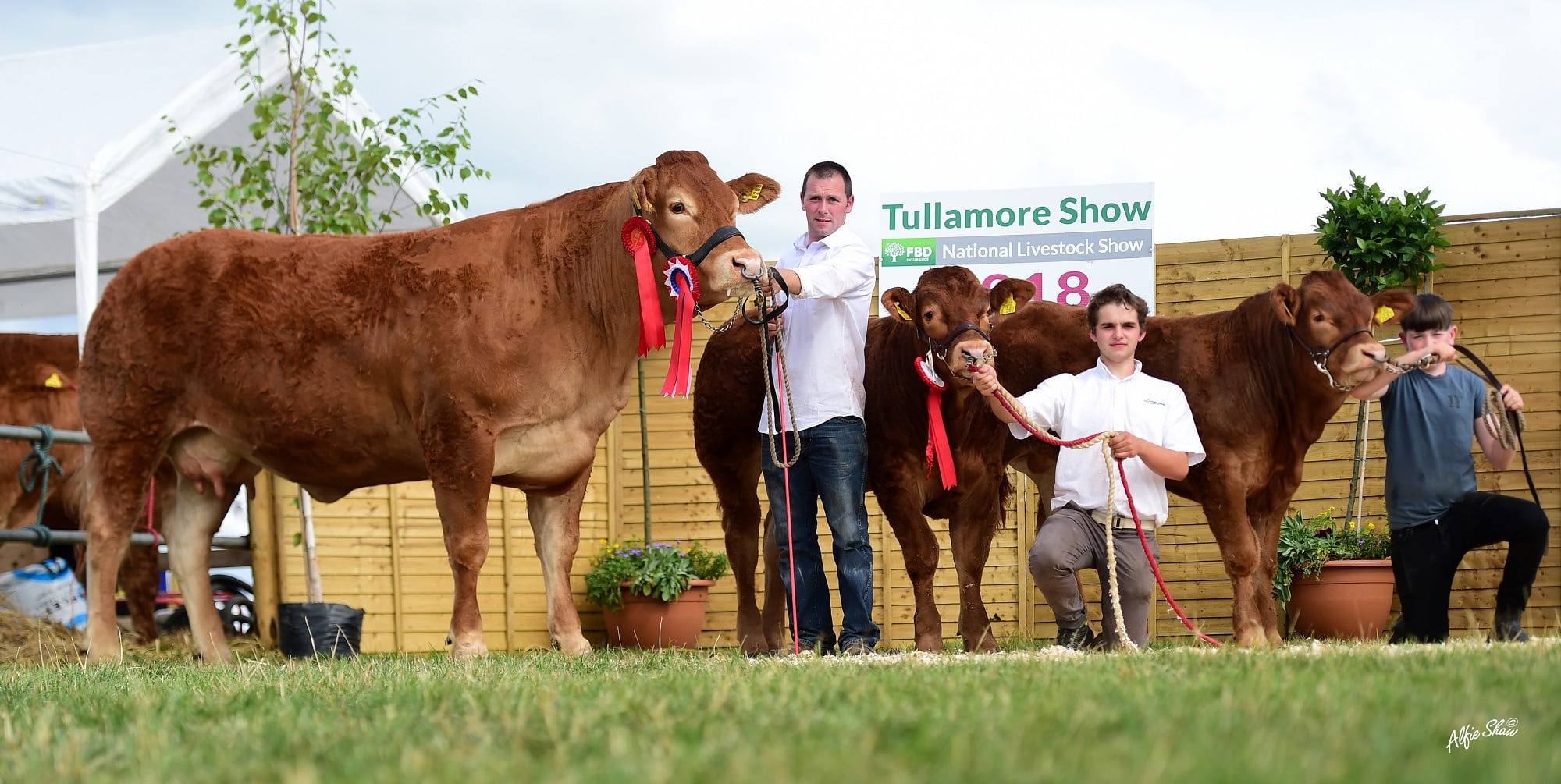 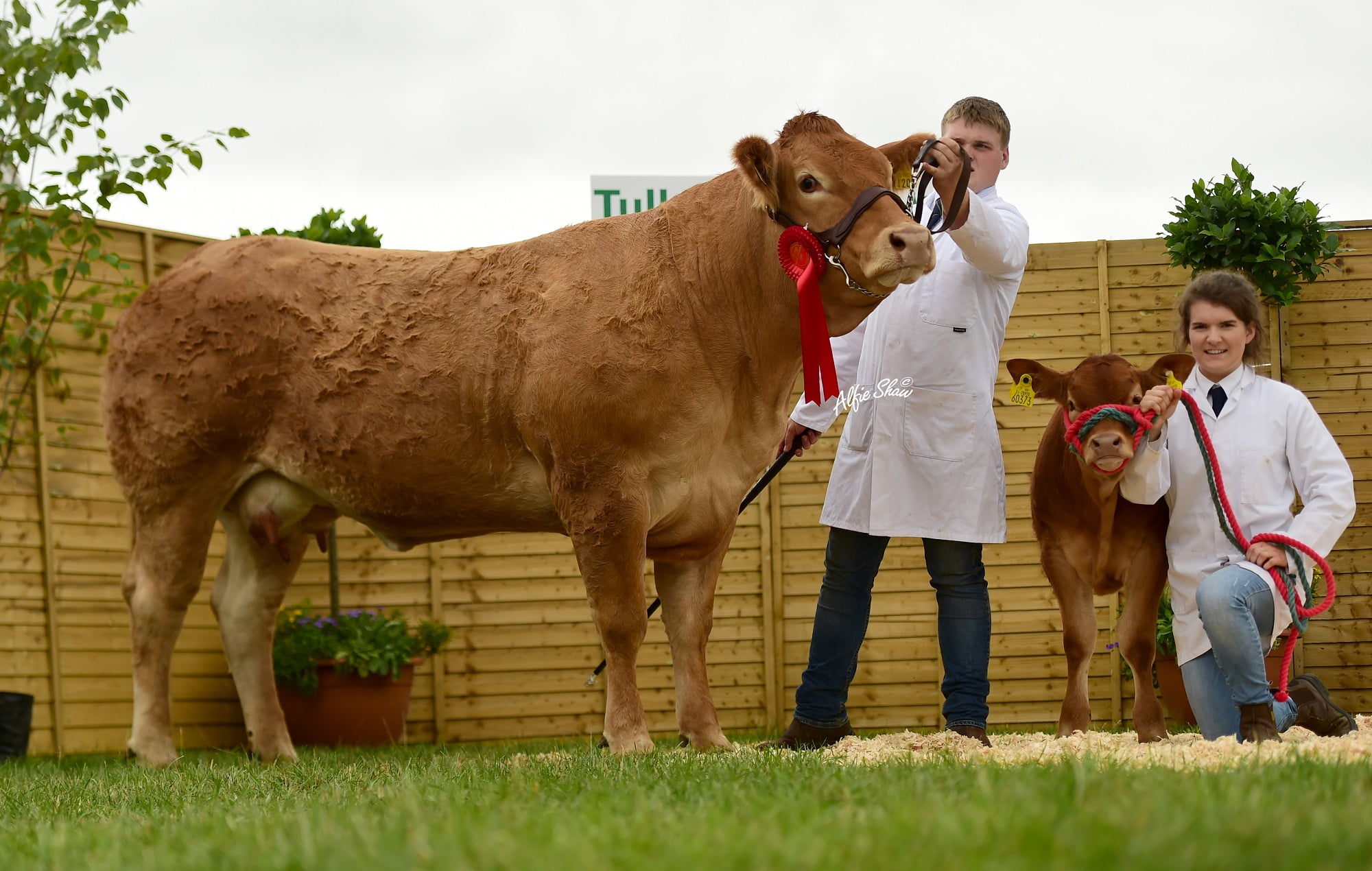 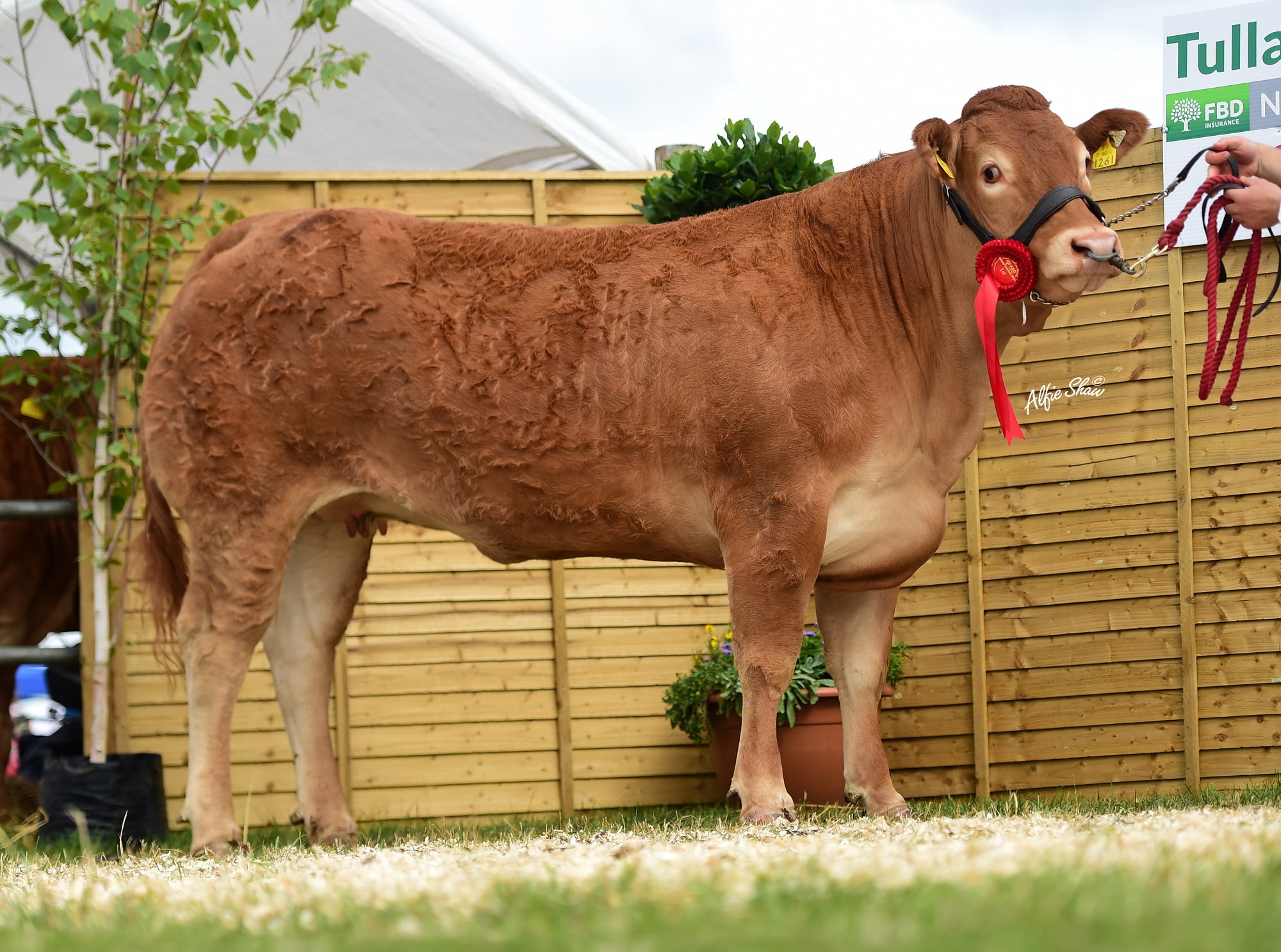 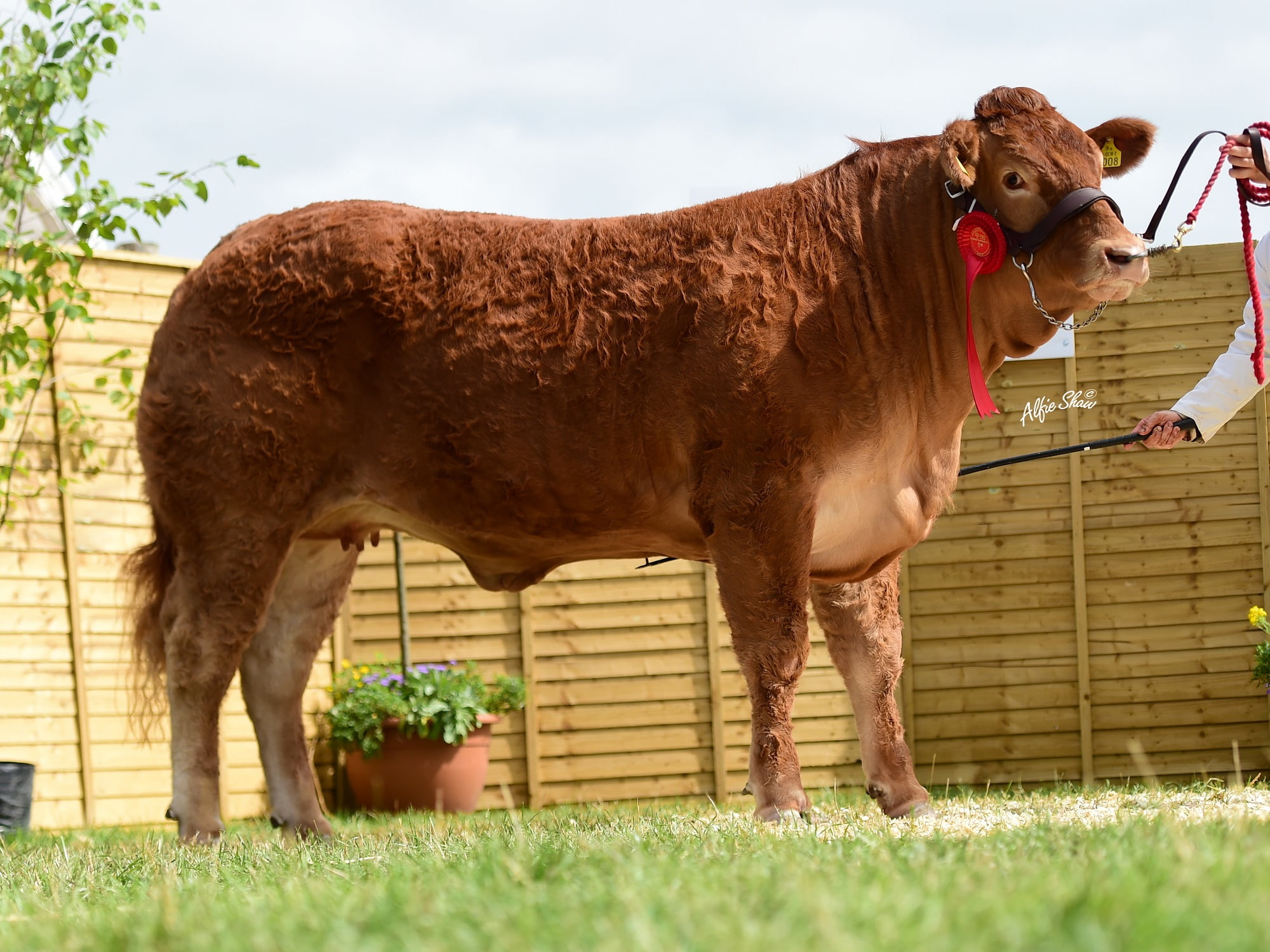 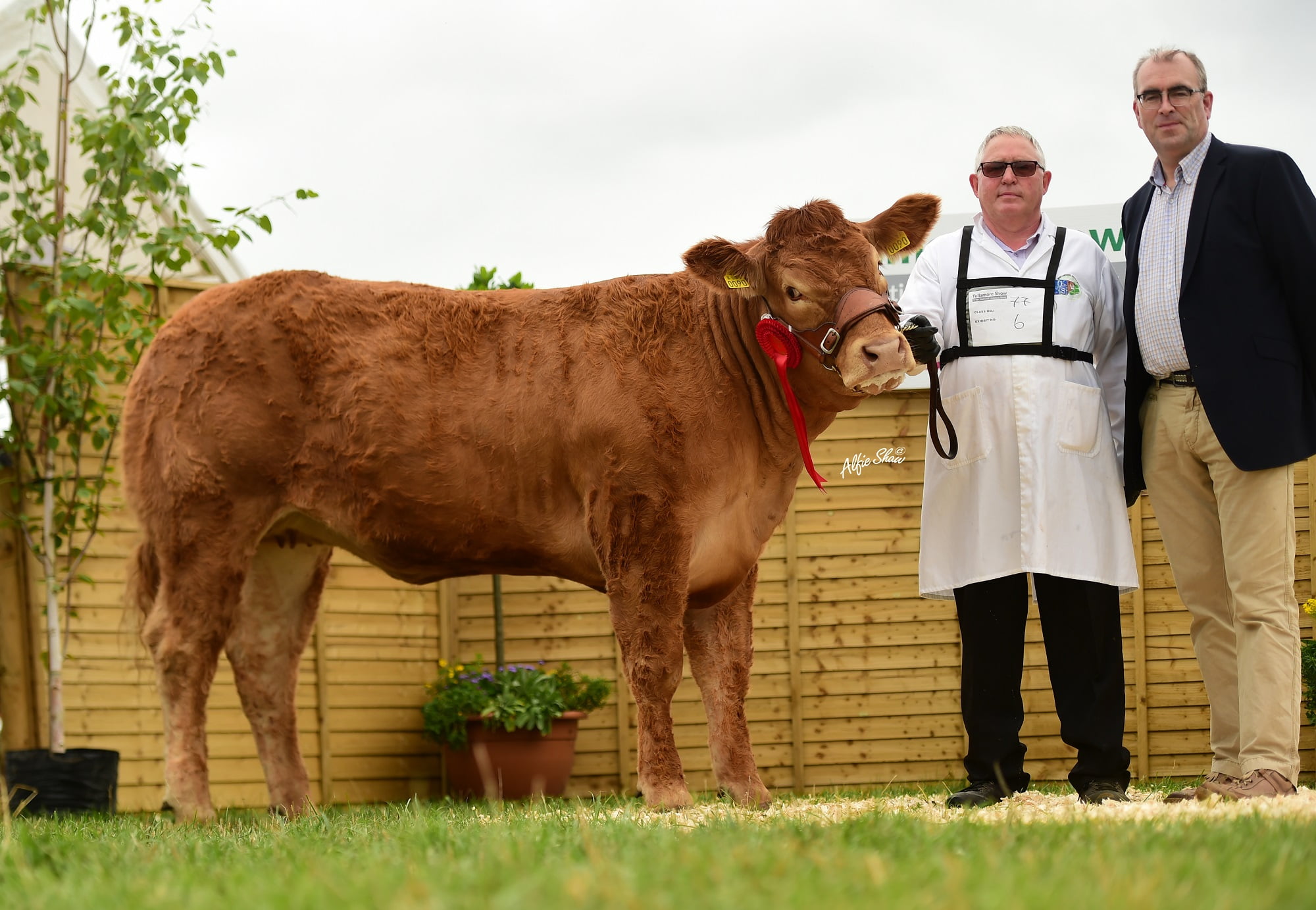 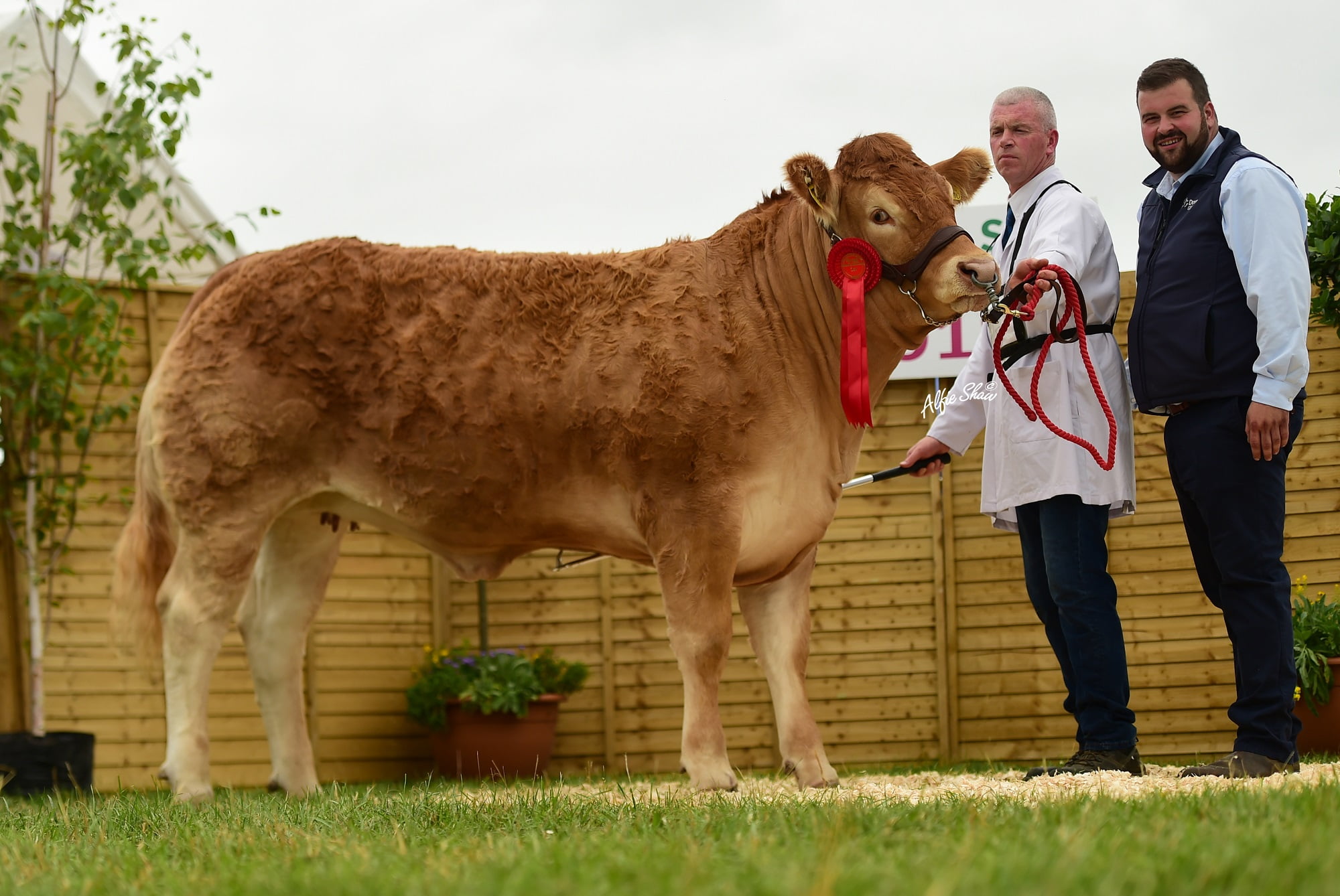 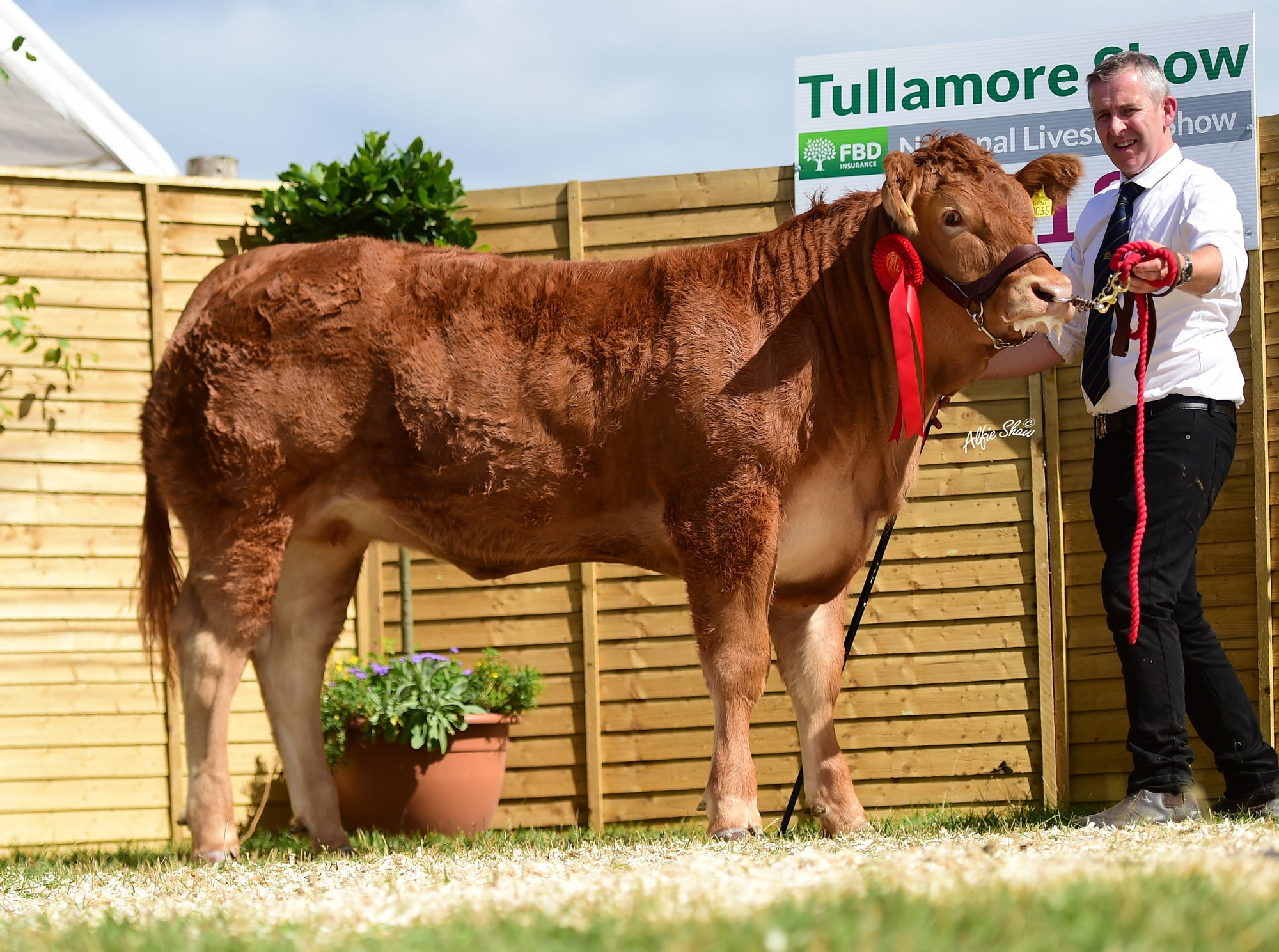 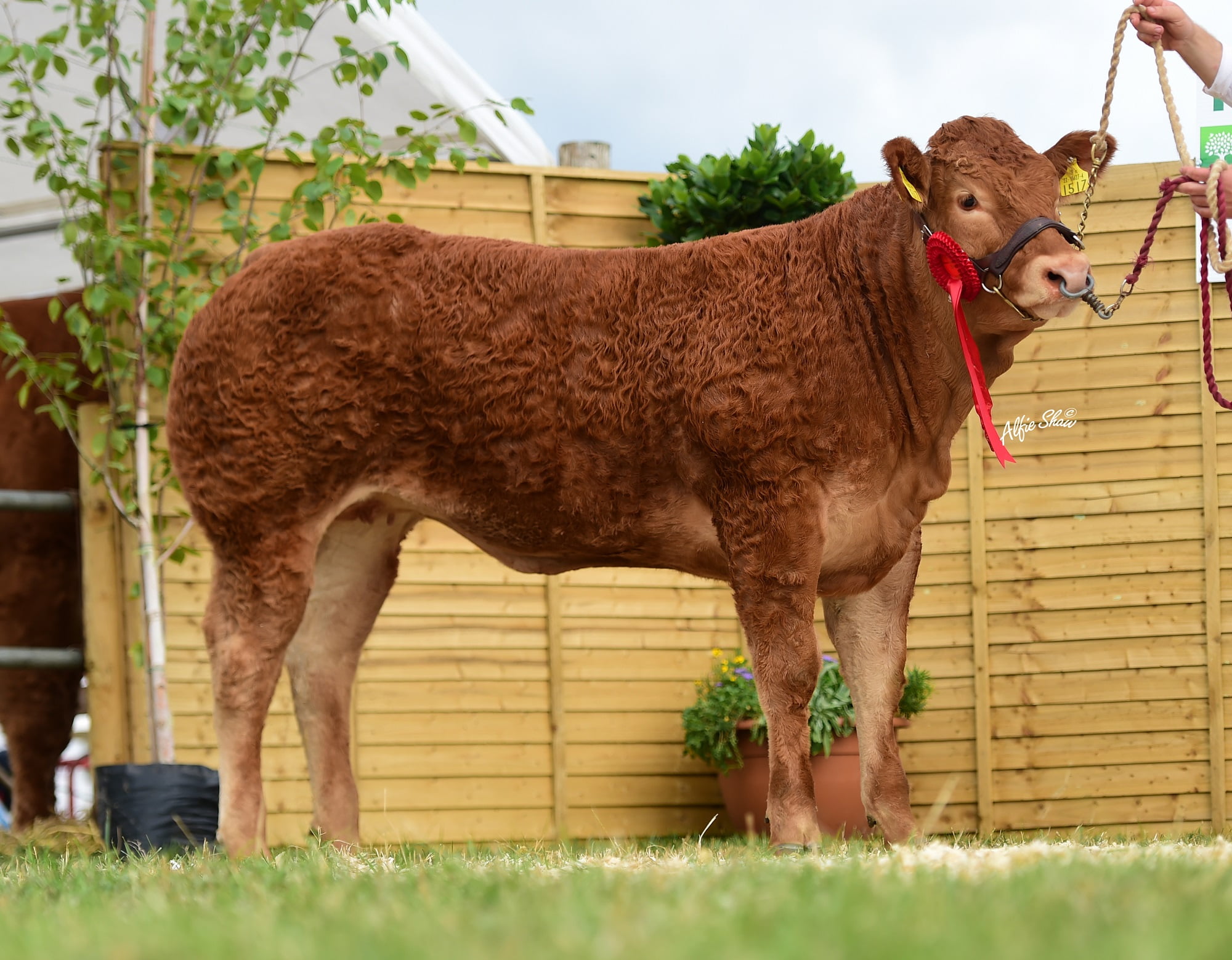 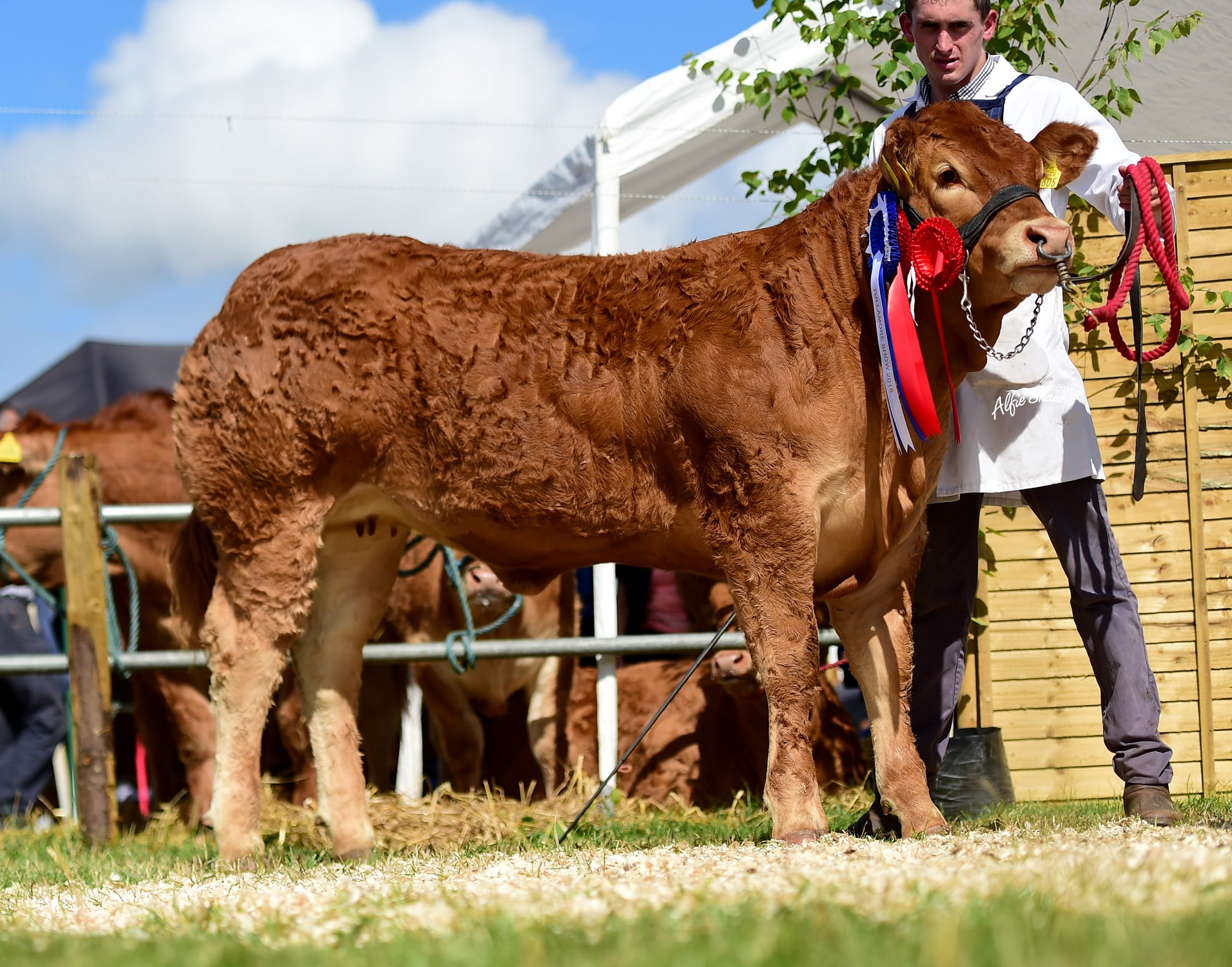 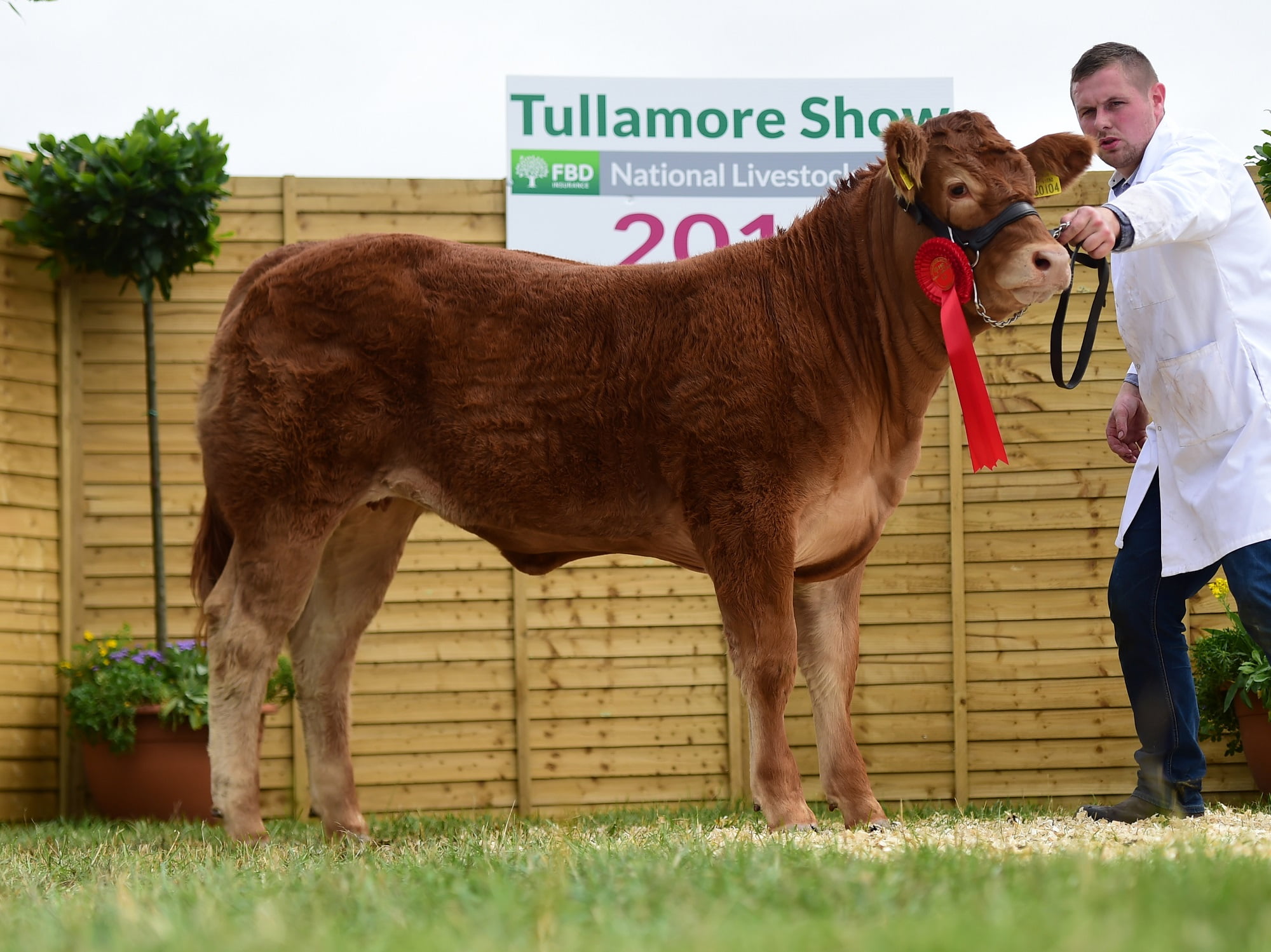 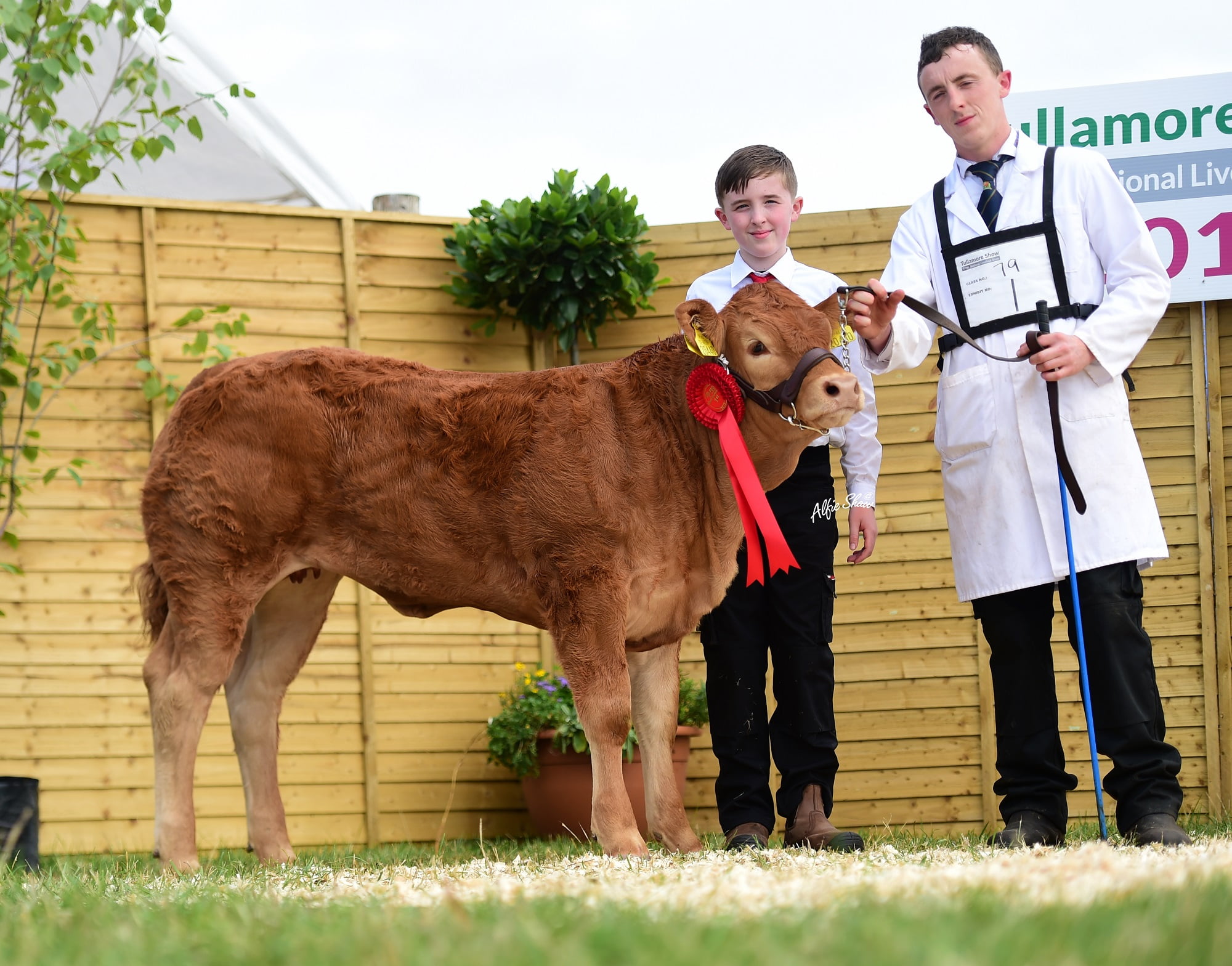 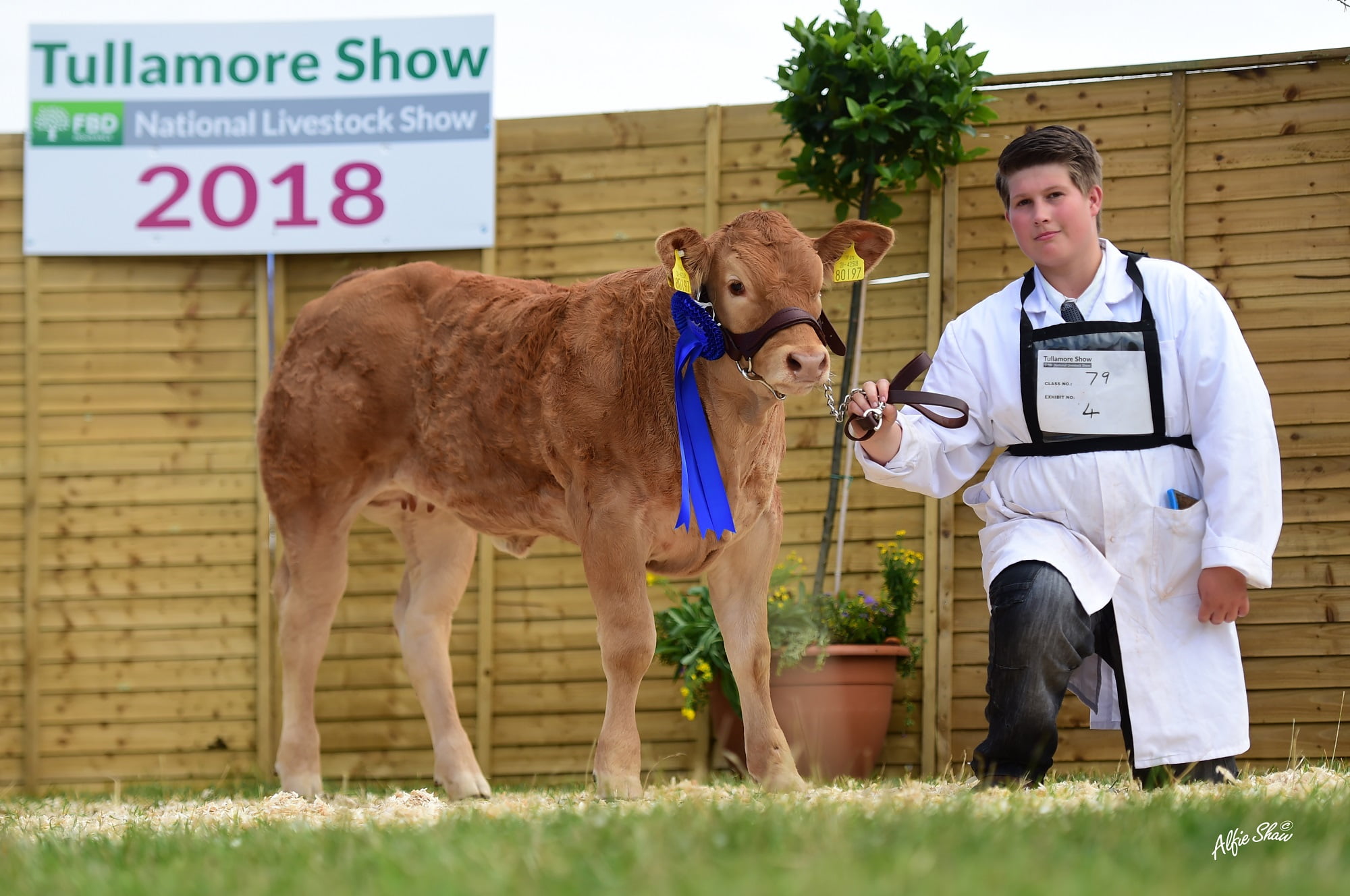 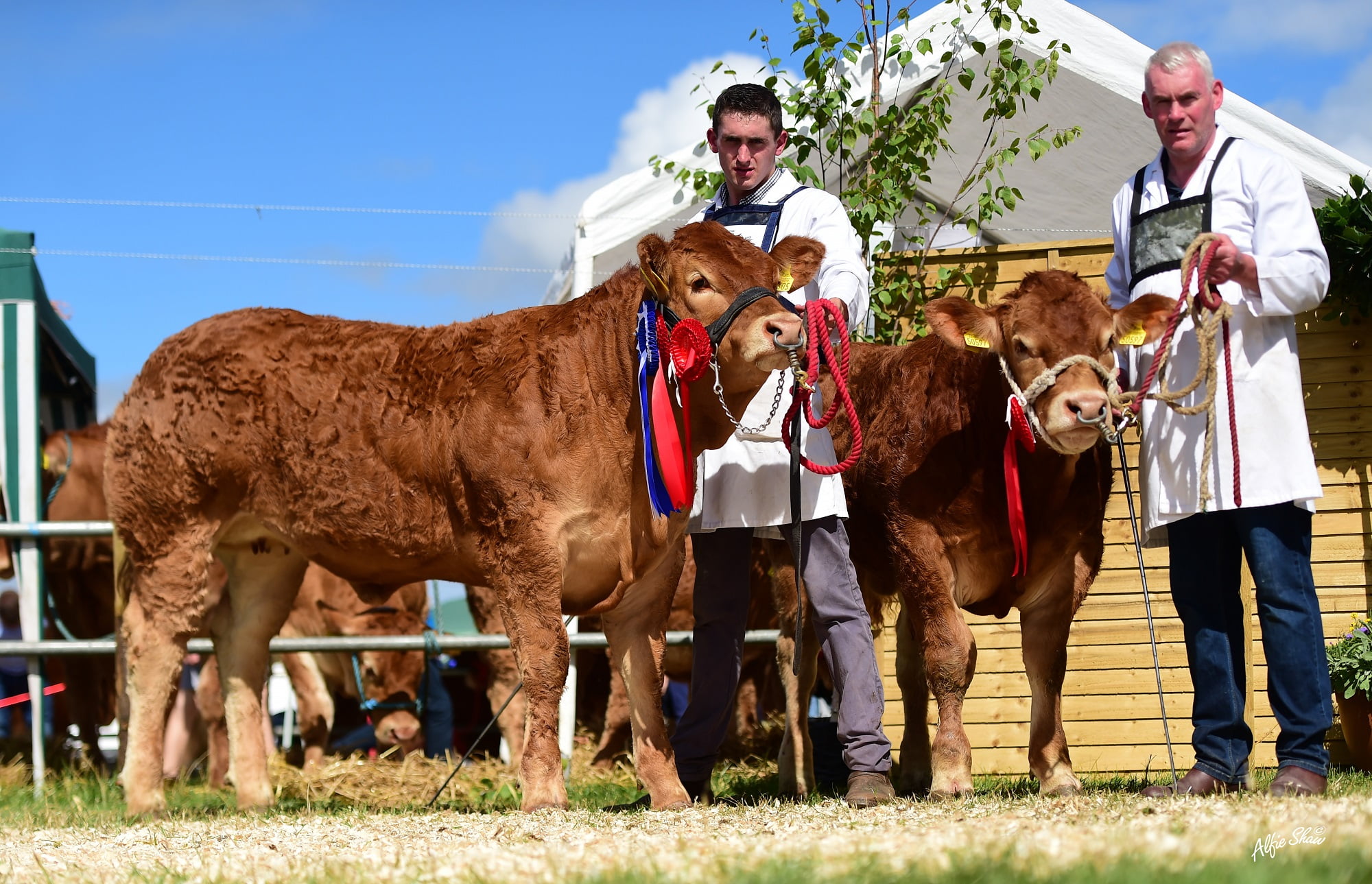