A Busy Day for ILC Attendees

Originally from Fort Collins, Colo., the Ochsner family has been involved with Limousin cattle since 1970 when Kevin’s Dad and Mom fed out some of the first half-blood Limousin calves born in the United States for a carcass study at Colorado State University. Ken and Roberta were so impressed with those calves that they A.I.’d their commercial Angus cows to the imported Limousin bull Eclair, and their first Limousin calves were born in 1972. In 1975, Kevin started his own Limousin herd by purchasing four half-blood Limousin cows from Dale Runnion. The group learned about some of the background of Ochsner Limousin and then participated in three different rotations with topics including the Ochsner Tenderlean Beef program, their cow-calf operation and the show cattle side of things.

Next on the list was Five Rivers Cattle Feeding that is in Kersey, Colo. Attendees boarded the bus and toured the cattle feeding operation. Five Rivers has the capacity to hold about 100,000 head and right now are holding a little over 90,000 and during the tour, participants were able to see all these cattle. They pride themselves on keeping the cattle health a number one priority by having four “hospitals” on the property and a mortality rate of only 0.25 percent. On an average day about 3 million pounds of feed are distributed across 56 miles of bunk, making the feed trucks run about 100 trips to and from the feed mixer to the cattle a day. With the lack of water being a huge issue, they have found ways to use and reuse as much of the water as possible. The water from run-off is maintained and tested to be used on some of the crops they own to make silage for the cattle. 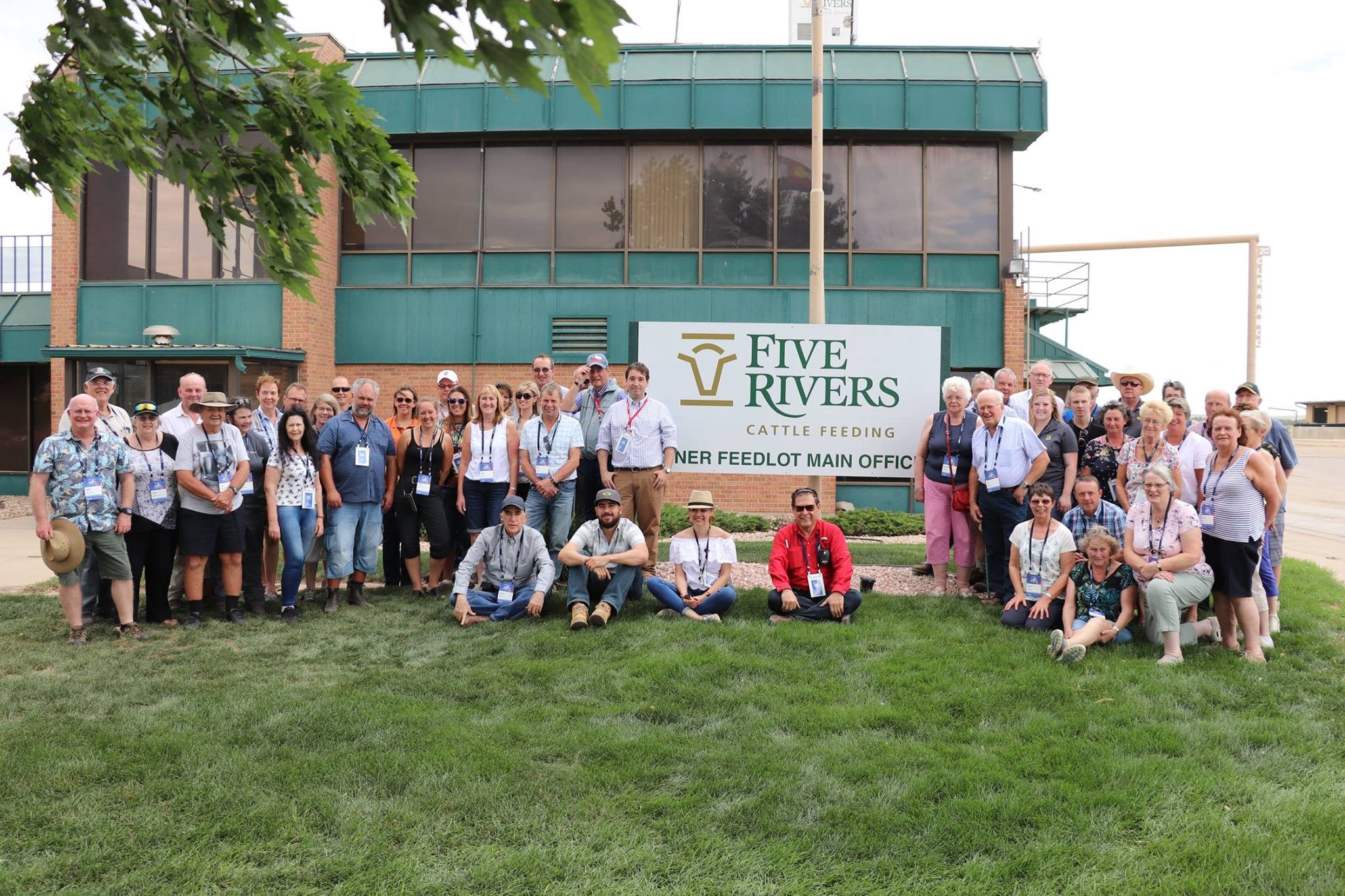 The 70 Ranch was a great place to take our international guests for lunch. Hamburgers from the Ochsner Ranch were served by the Colorado State University Meat Science Department. While at the ranch, guests learned about the Subsurface Irrigation Efficiency Project (SIEP), which focuses on finding innovative solutions to balance the state’s increased demand for water while still preserving agriculture by using new technology to increase water efficiency. The group toured a section of the ranch where this irrigation system is being used on some alfalfa. They broke into groups and learned about the different zones of irrigation set up and how the technology works, the engineering behind the filtration system to keep the water from clogging the emitters and how the ranch replenishes the water that they use from the well.

The buses then headed over to Greeley Hat Works to see how cowboy hats are made. Greeley Hat Works not only makes cowboy hats, but many other types of hats that are all shaped by hand. Attendees were able to see how a hat was made and even how they clean and make old hats look new. Hats can be custom fitted for every head and you can watch these hat making pros make the hat for you. The shaping and cleaning rooms were a hit to many of our guests!

The group ended the evening at the Platte River Fort where they were able to socialize, play games, listen to music, and eat dinner with a beautiful scenery. Dinner was sponsored by the Colorado State University Meat Science Department. Attendees had some fun during dinner as the CSU students presented three rounds of different kinds of steaks and had them grade the beef each round. 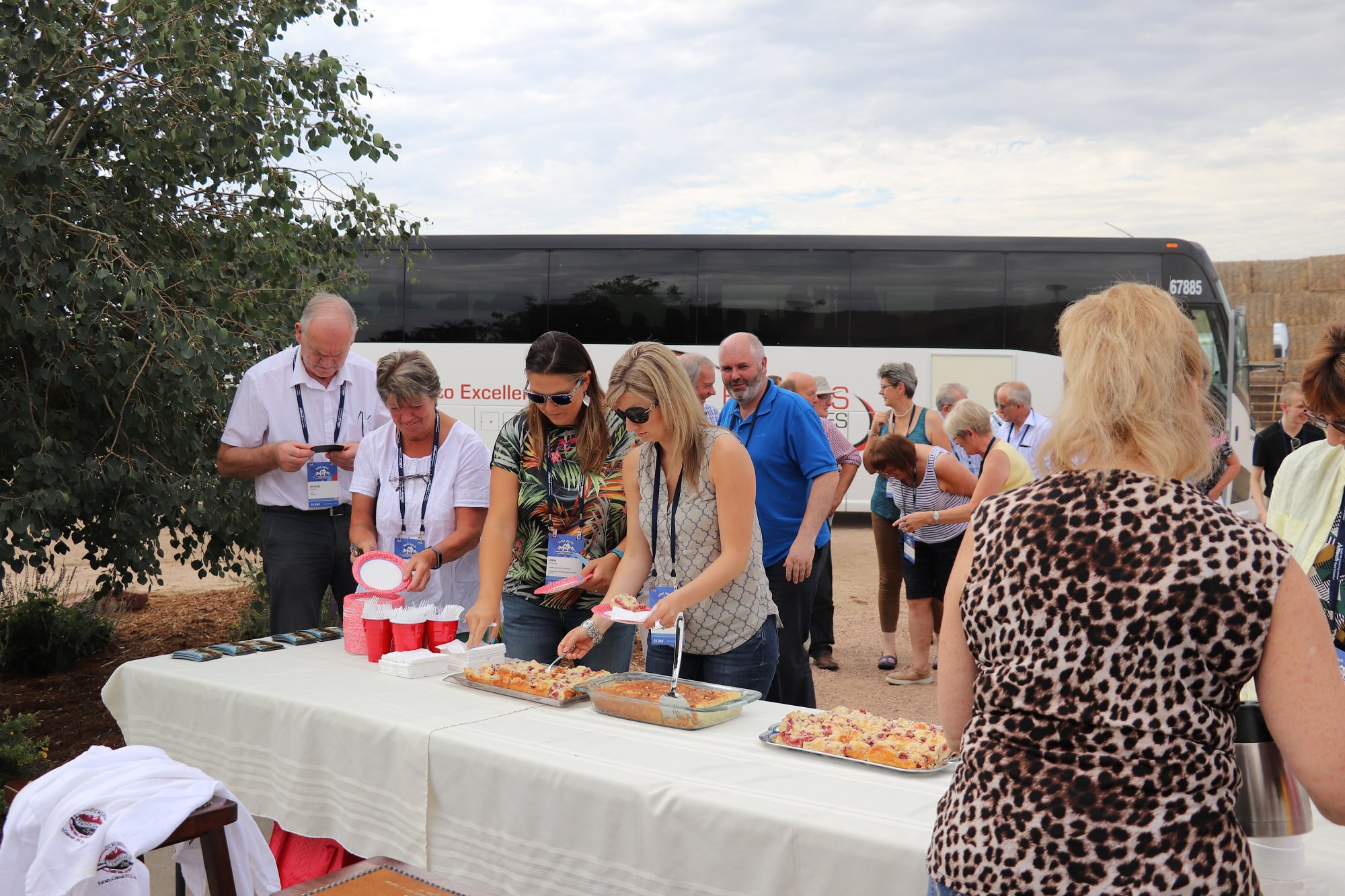 The International Limousin Council is the global organization for Limousin Associations around the world. The main purpose and objectives of the ILC are to network with the world’s elite Limousin breeders while coordinating international research efforts; encouraging uniform recording and registration policies; and to highlight and honor efforts that have been made for the benefit of the Limousin breed on an international and domestic level.