The National YMA finals took place in conjunction with Mullingar Agricultural show on Sunday the 8th July 2018. Mullingar Show is held in beautiful surroundings in the townland of Culleen just outside Mullingar. The cattle classes take place in an elevated site which is enclosed by stone walls and was in former times a walled garden. The show itself is in operation for over 180 years, its current Chairman is Joe Henson of the Cappahugh Limousin herd. Taking command of the YMA finals was Limousin YMA coordinator Philip Crowe. Master judge was Mr. James Callinon of the Melbreak herd, Northern Ireland, with Basil Bothwell and Claire O’Brien also judging elements of the competition.

Each of the seven club areas can submit a team to represent their area – this year four club areas were ably represented.

First up was cattle “judging”. The young members were tasked with judging two groups of young Limousin cattle – four heifers and four young bulls, all of excellent quality and superbly turned out. Next the young members moved on to the “reasoning” section, where each competitor was required to go before the panel of three judges and give their reasons as to their placing of the four heifers.

The final phase was “showing”, at random the competitors were requested to show the cattle from the September classes. Once this was completed, the competitors had time to relax and refresh themselves, while the judges and co-ordinators totted up the results.

Philip announced the results with the Team event going to the South West. This team comprised of Orla Curtin, Aidan Kinahan, Maeve Curtin and William Collins. In second place was the team from the North East, while in third was the North West team. 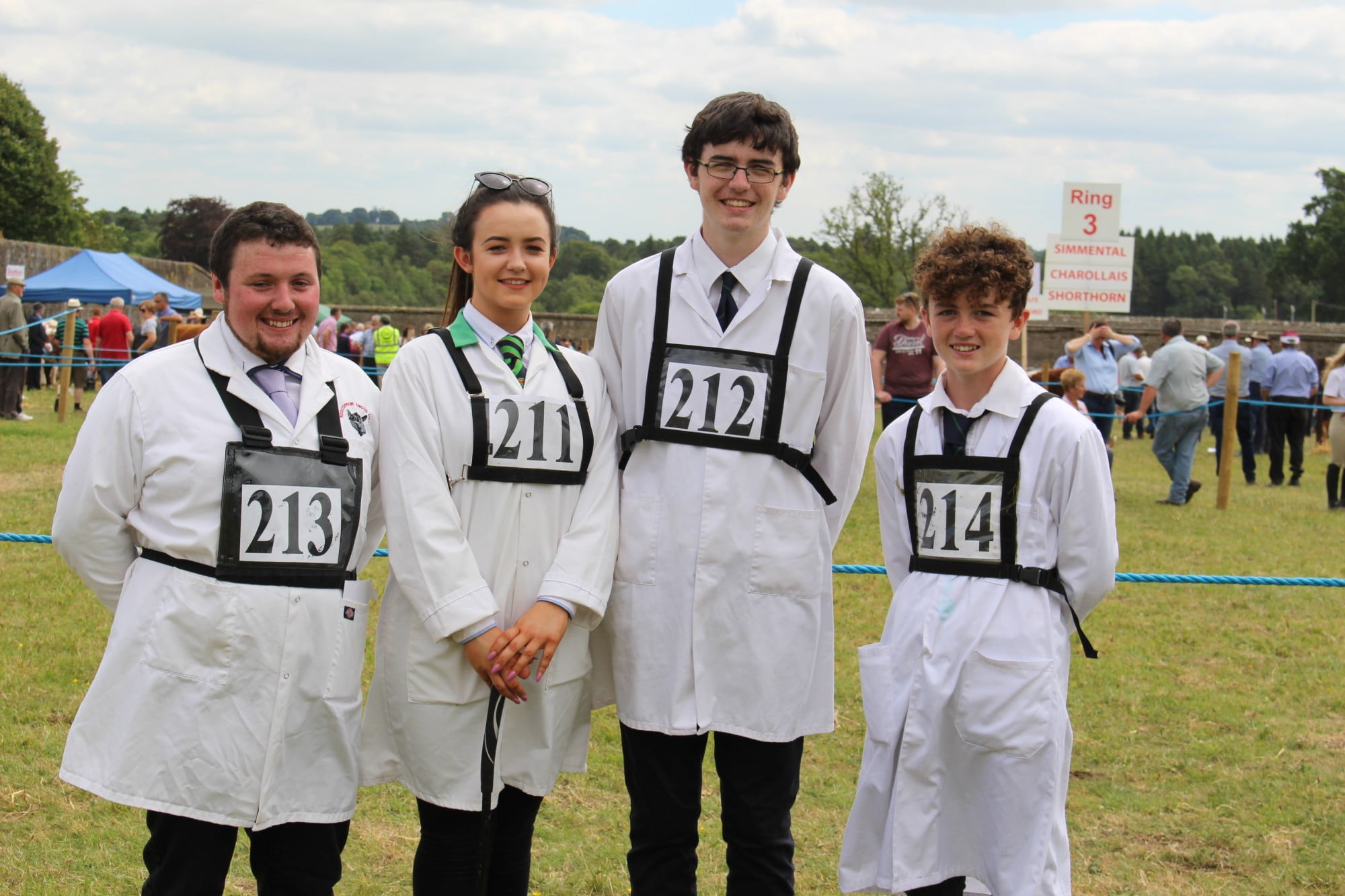 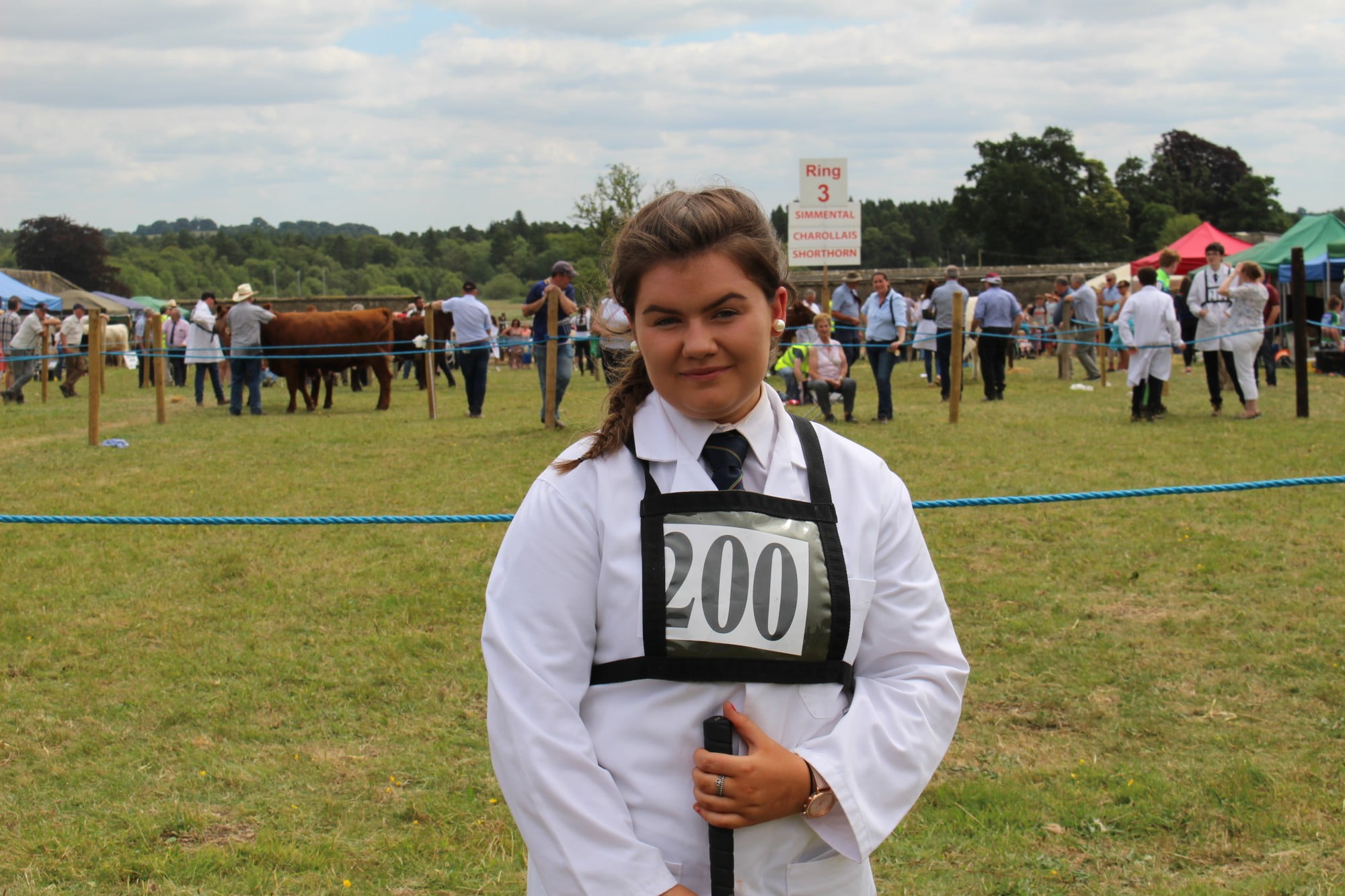 In the individual competition two cups are awarded – one for the senior (16 years and over) category and junior (under 16). The senior cup went to Michelle Tarpey  (NW), with the Junior (12-16 years) going to Aidan Kinahan (SW).

The top individual scores were used to select the team to represent Ireland at the Anglo Irish finals in Northern Ireland later this month: Aidan Kinahan, Michelle Tarpey, Sarah Armstrong and Orla Curtin.

This event would not have been possible without the effort and dedication of a number of people – YMA coordinators, judges and North East club members. We would like to say a huge thank you to everyone at Mullingar Show especially Joe and Margaret Henson.

We are indebted to the exhibitors that allowed the YMA the use of their cattle for the various elements of the competition.

A very special mention to Philip Crowe, Peter McPhilips and Paddy Clerkin who ensured the smooth running of the event.

We are very grateful to our judges James, Basil and Claire, together with society President Michael Gunn who all contributed to making this a very memorable and most enjoyable event.

We would like to congratulate all competitors at this event – We as a society are very proud of you all. We wish the team the very best at the Anglo Irish Finals.