Topping the sale in Granard on Friday evening the 1st of June was Grange Lucky presented for sale by Pat McGuinness, Bettystown, Co. Meath. Lucky came to the ring with a Terminal index of €151 and a replacement index of €93. He is a second prize winning  December 2016 born son of Queenshead Altea and Grange Isobell (an Emerson daughter). Lucky was bred by Michael Connellan, Strokestown, Co. Roscommon. He was purchased by Derek Ray, Moate, Co. Westmeath for €3,750.

Lot 11. The Champion bull in Granard was Corlea Major Tom a January 2017 born son of Corlea Ice Cool and the Haltcliffe Dancer daughter Corlea Icare. Major Tom was bred by Thomas Connor, Kenagh, Co. Longford. He has five star ratings in Carcass weight and Carcass conformation. He was purchased by Ballinalee, Co. Longford based William McVitty for €2,150. 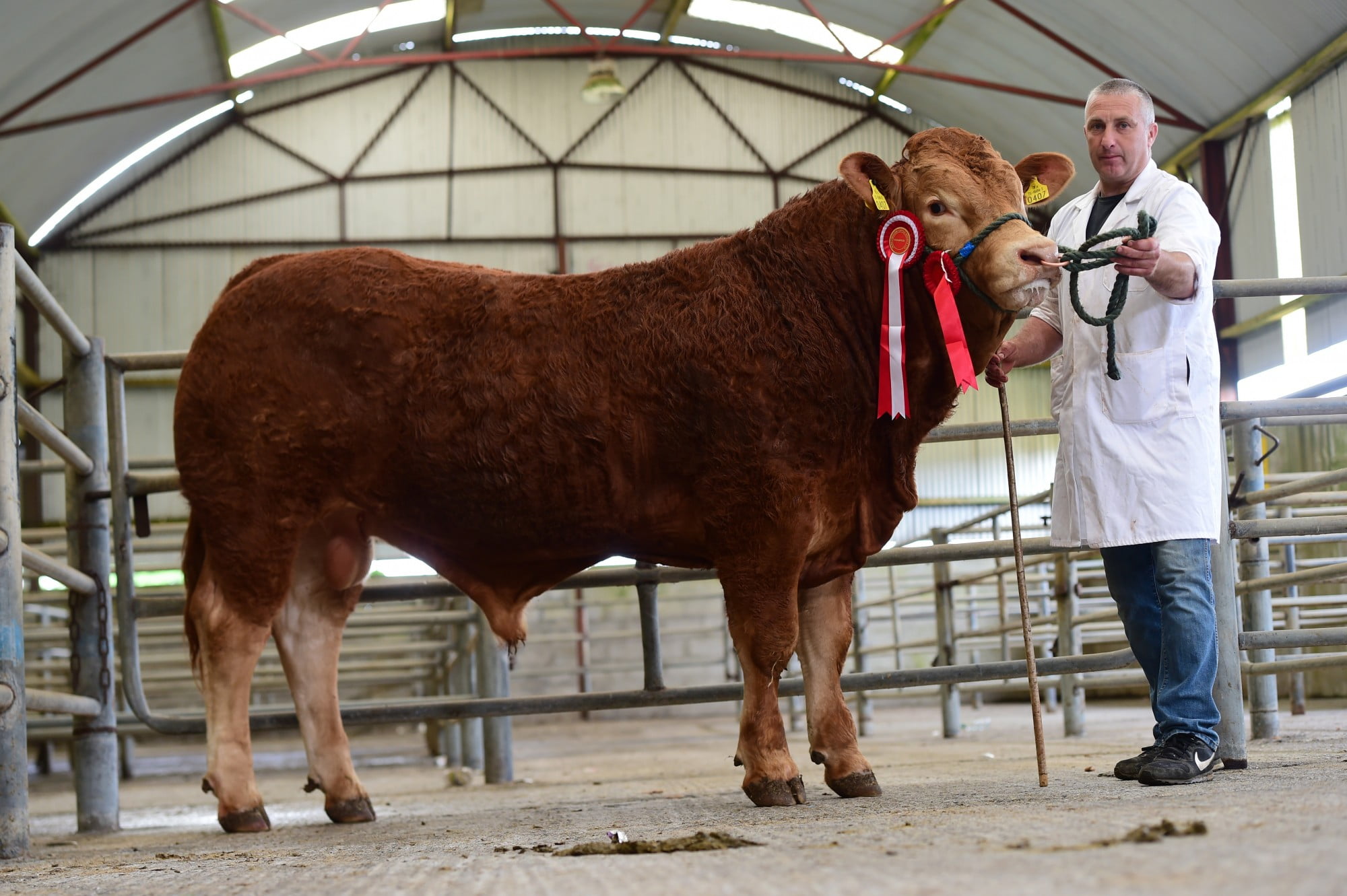 Lot 19. At the same selling price was Clydagh Matt for Frank Philbin, Castlebar, Co. Mayo. Matt has Haltcliffe Gunner, Haltcliffe Hercules and Espoir in his sire stack. He was purchased by John Mulligan, Creggs, Co. Galway. 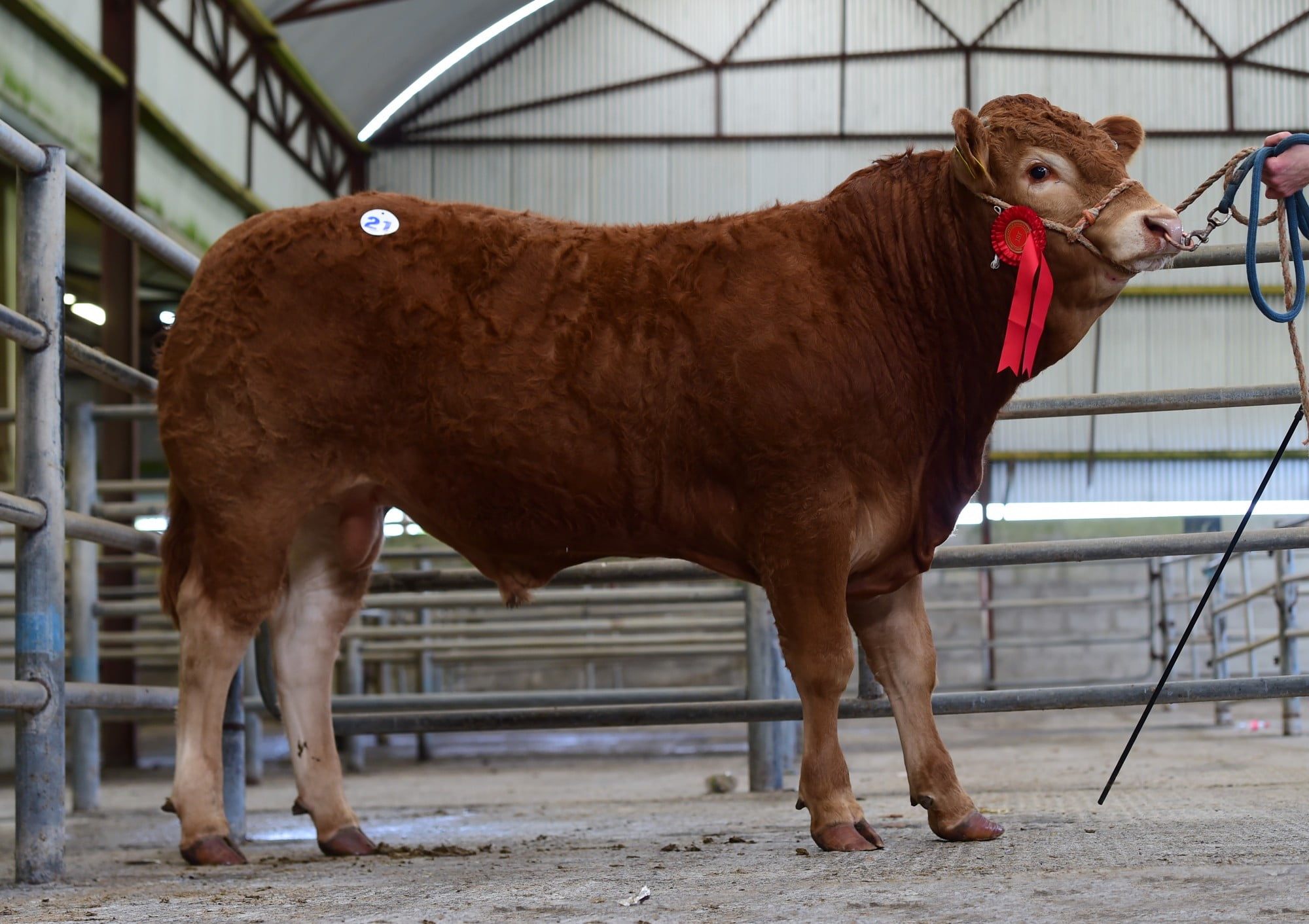 The Reserve Champion bull was Woodview Lorcan, a powerful Carrowreagh Honduras son. His dam Killycroney Heron has Acajou and Faignant in her lineage. Lorcan was presented by his breeder David Abbott, Killeshandra, Co. Cavan. Seventeen month old Lorcan has five star ratings in almost every trait. He left the ring unsold having failed to meet his reserve.

This was the last spring sale of 2018, the show was held at 5pm on Friday evening the 1st of June with the sale following at 7pm in Granard Farmers Mart in Longford. The average price of the bulls sold was €2509 with a clearance rate of 58%, this was a marginal decrease on last year’s selling price.

Auctioneer for the sale was Eamon Gaffney. Judging duties were undertaken by Society President Michael Gunn. Speaking after judging Michael said: “There was a nice display of quality Limousin cattle presented to me this evening. The top-end of all classes was of an excellent standard. I would like to take this opportunity to thank everyone involved in running the show and sale here in Granard. Thanks to all purchasers, todays auctioneer Eamon and Philip Crowe for stewarding.”

We would like to wish all purchasers of Limousin Livestock the very best with their acquisitions.