The South West Limousin club together with Castleisland mart held a LMX calf show & sale on  Monday 16th April 2018. The sale was held in conjunction with Castleislands’ weekly calf sale. The majority of calves on offer are from the dairy herd. John O’Connor judged the classes. Prize money was awarded to the top four bull and top four heifer calves, the buyers of each of these calves was also awarded a monetary prize.

The first prize winning bull calf was a Red LMX calf born on 10 January 2018. This calf was presented for sale by Shane Giltenane, Croagh, Co. Limerick. The stand-out 2018 born calf at the sale he sold for €575 to Egan Livestock, Portlaoise.

The second prize winning bull calf was presented by Noreen Lyne, Farranfore, Co. Kerry. This calf was born on 24 March 2018. He sold for €445 to Pat Roche, Abbeyfeale, Co. Limerick.

Third prize winning bull was presented by Denis O’Shea, Barradubh. Born on 22 March 2018, he was purchased by Pat Roche, Abbeyfeale for €360. 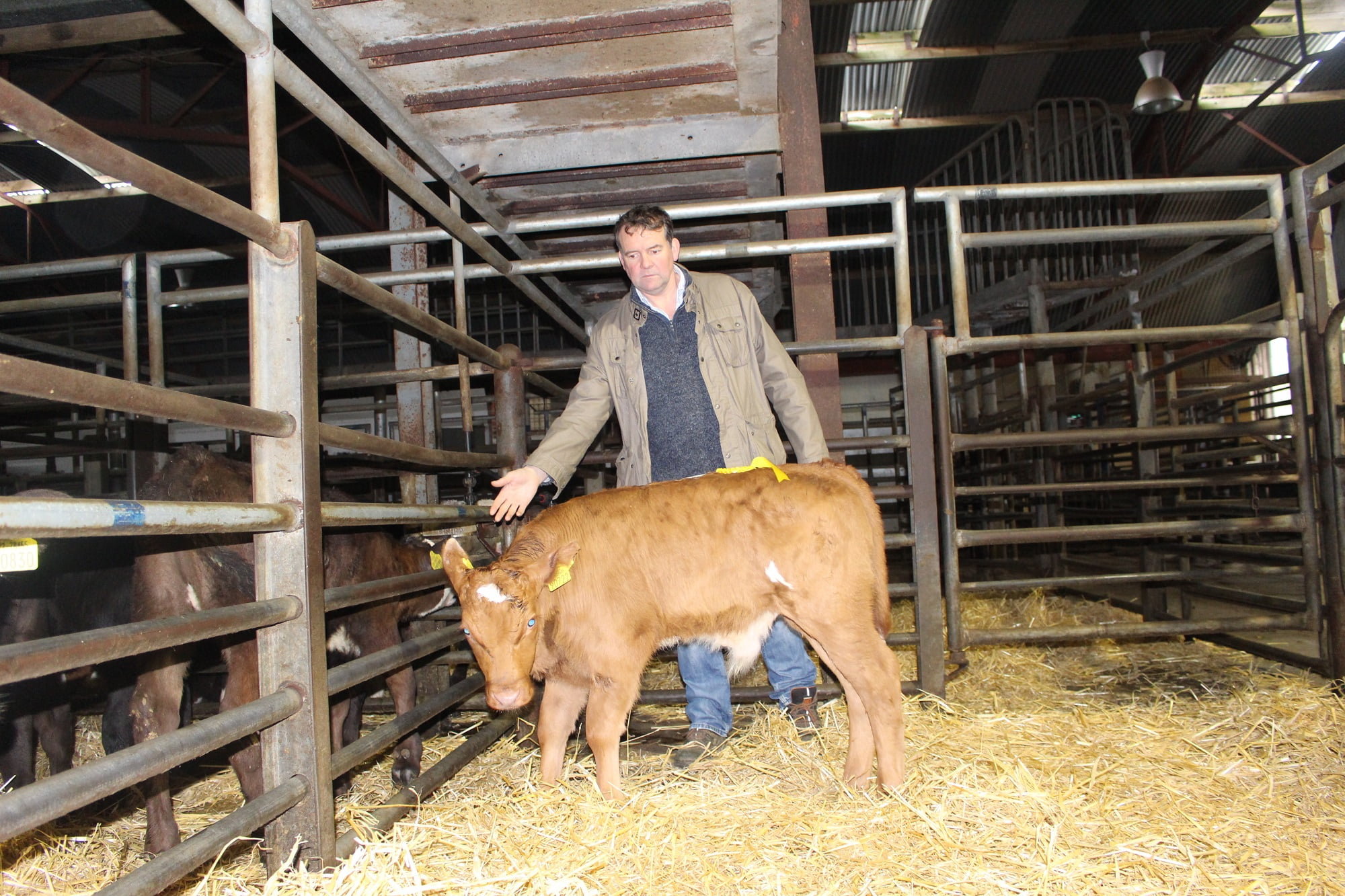 The heifers on offer should in time make ideal suckler cow’s. First prize went to a March born calf from Martin McElligott. This calf was purchased by multi-purchaser Pat Roche for €322.

Third prize winning heifer was a grand daughter of Ampertaine Commander, she was born on the March and sold for €330 to Tim Casey, Brosna.

The fourth prize winner was from the same yard as the 1st prize winner, she was born on the 5 March and sold for €280 to Brian McRedmond, Enfield, Co. Meath.

An outstanding young bull calf, born on 24th November 2017 (deemed too old to compete against the 2018 born calves) was also on offer in Castleisland, this calf sold for €730.